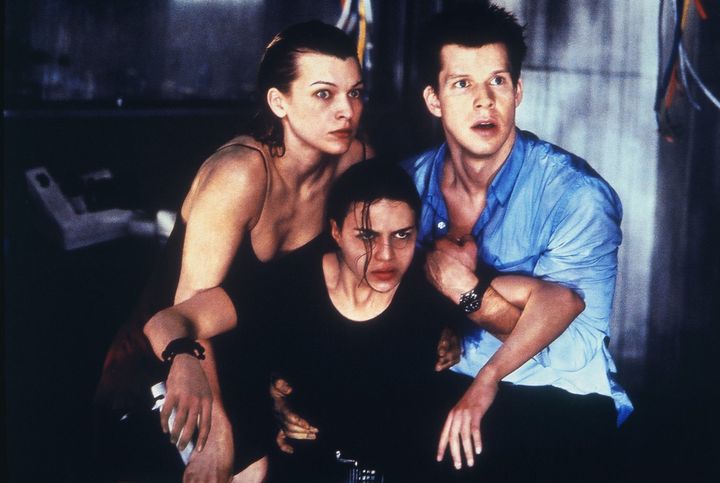 ADVERTISEMENT
There is a moment in Resident Evil, in which a special-ops team is sliced to bits by the Red Queen’s defence system, the supercomputer running Umbrella Corporation’s research facility which has been overrun by zombies. But this allows protagonist Alice to take over, an ass-kicking heroine played by actress Mila Jovovich who’s been the lead in all the Resident Evil movies so far, which are loosely-based on the popular video game series.

And while it’s clear that director Paul Anderson’s took a tip or two from James Cameron’s Aliens movies for this first Resident Evil film, he also delivered a compelling story with clever user of flashbacks and some truly great zombie action worthy of the old George Romero movies from the 60’s.