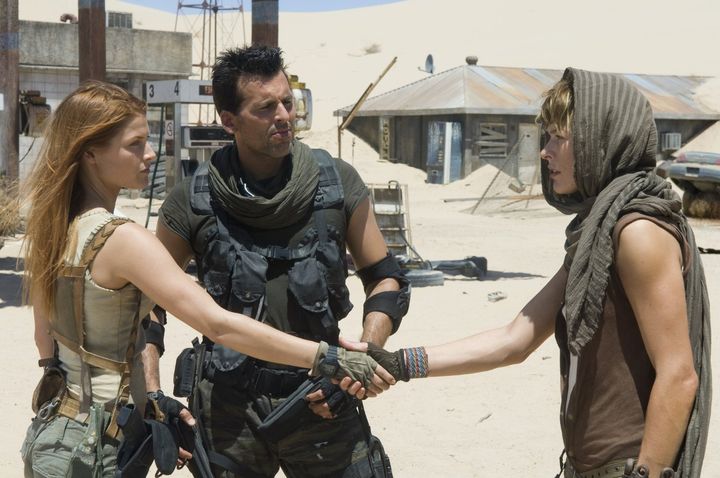 ADVERTISEMENT
In Resident Evil: Extinction, the zombie epidemic has now spread and entire cities lie in ruins. A beleaguered group of survivors led by Claire Redfield (Ali Tarter) are always on the go, trying to escape the roaming herd. This Resident Evil instalment directed by Russell Mulcahy is more of a Mad Max-style movie and features some spectacular action sequences. These include a sequence involving hundreds of undead crows and a shootout with a large group of zombies in the ruins of Las Vegas. Plus, there’s another one of those sequences featuring zombie dogs protagonist Alice, who now has superpowers, deals with in an action-packed scene.

Alice also squares off with the Umbrella Corporation’s evil Dr. Isaacs (played by Game of Thrones star Iain Glen) in one climatic scene, a man who’s hell-bent on capturing Umbrella’s new superweapon. All in all, Resident Evil: Extinction is undoubtedly another good entry in the hugely popular zombie movie series.