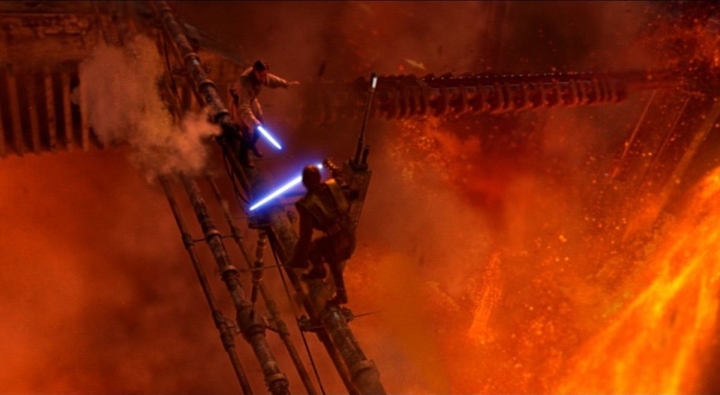 ADVERTISEMENT
With 2005’s Revenge of the Sith, George Lucas proved that he is a special effects Jedi Master, as this film was not only visually dazzling, but also more action-packed than any other Star Wars film that came before it.

The dialog is as cheesy as ever though, but thankfully Anakin’s and Padme’s corny romance is pushed to the background and we get to see the birth of Darth Vader, as Chancellor Palpatine turns the brash young Jedi Anakin to the dark side. And actor Ian McDiarmid is superb as Palpatine, matching Alec Guinness’ performance in the original Star Wars, in what was a truly entertaining sci-fi movie and the second-grossing Star Wars film to date.