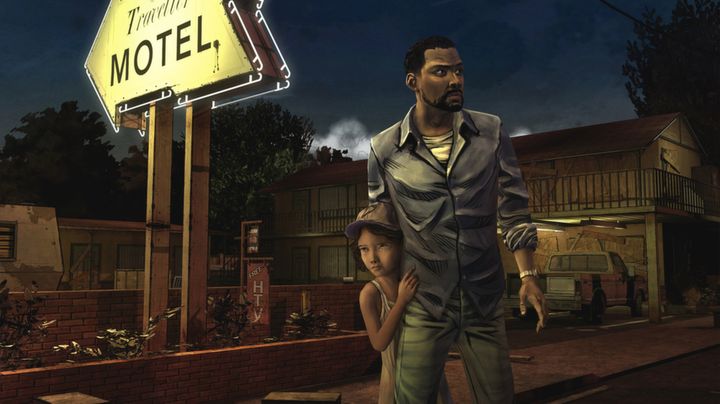 Lee and Clementine face the zombie hordes in The Walking Dead…

Telltale Games certainly struck gold with this episodic adventure game based on the comic series by Robert Kirkman, as it became a hit and their most popular adventure game by far. Set in a post-apocalyptic Georgia, game protagonist Lee Everett, a former college teacher convicted of murder, befriends lost girl Clementine and tries to redeem himself by becoming a father figure to her.

Featuring plenty of emotional moments and tense situations in which our group of survivors must fend off the zombie horde and also deal with a few humans turned inside out, such as the great episode set on a dairy farm in which nothing is what it seems… And given the game’s memorable characters, atmosphere, and multiple paths to the ending, it is clear that The Walking Dead season 1 is Telltale’s best work to date.