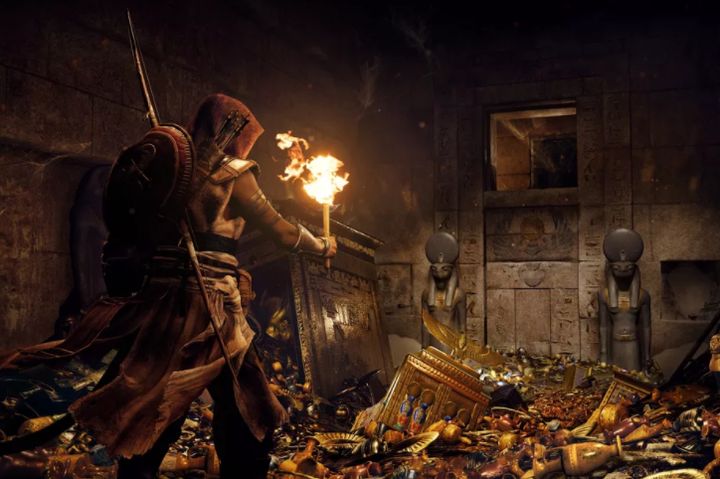 Will exploring the tombs in Origins be as much fun as in earlier Assassin’s Creed games?

An important part of the experience of playing the Assassin’s Creed games over the years has been the tomb levels featured in these games. These offer a more focused experience, and have always been a fun break from exploring and fighting in Assassin’s Creed open world. And given that ancient Egypt had all manner of temples, tombs and pyramids, it’s clear Assassin’s Creed Origins could offer some very interesting indoor levels to play through.

These include the Pyramid of Cheops (the largest of the three pyramids at Giza), which according to Ubisoft has been recreated in the game including all its chambers and rooms. So, this will surely be a fun place to explore, especially taking into account that there will be puzzles and secrets waiting inside for adventurous gamers to discover. It remains to be seen, though, whether playing through the tombs will be as much in Assassin’s Creed Origins as in earlier Assassin’s Creed games, but here’s hoping that hunting for loot and ancient secrets will be one of the best bits of this upcoming game when it ships this fall.