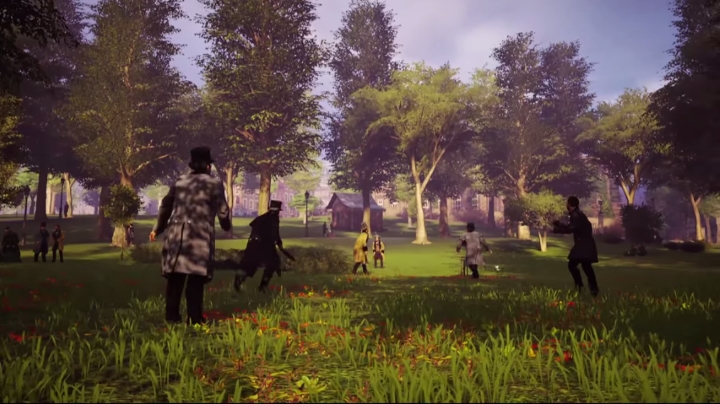 ADVERTISEMENT
London’s Hyde Park is seen in the trailer, where the crowd is enjoying a game of cricket. And given how large the park is, it might be the setting for some of the game’s stealth-focused missions, giving players a chance to use Syndicate’s female protagonist Evie Frye’s new “chameleon” ability, which allows her to become invisible for a short period of time. Although hopefully Ubisoft will finally ditch those eavesdropping and trailing missions, saving players the chore of following some anonymous Templar through fields of green… 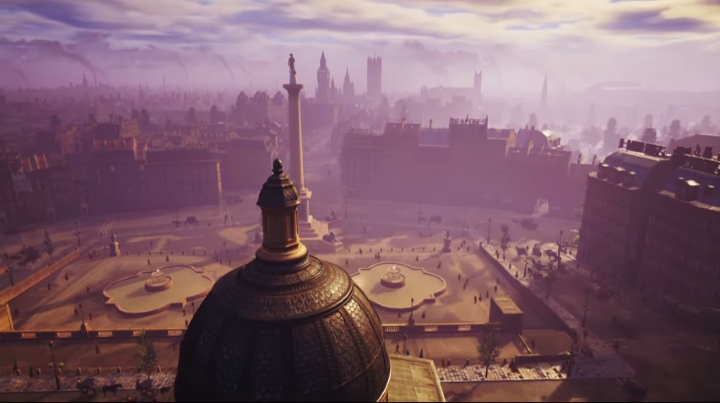 Assassin’s Creed Syndicate is set in late 19th century London, a time of social strife and protests that many times took place on the expansive Trafalgar Square (not unlike today…). Of course, the Frye brothers Jacob and Evie will be leading the Assassins against the oppressors of the lower classes (obviously their hated enemies, the Templars…). And the bitter struggle between the Assassins and the Templars has led to gang warfare in the game’s fictional London, which could offer players some interesting new gameplay, with large scale battles between Templars and Assassins for control of the city taking place in London locations like Trafalgar Square.

Note: Assassin’s Creed Syndicate will be released on October 23, for PlayStation 4 and Xbox One. The PC version will be available on November 19.