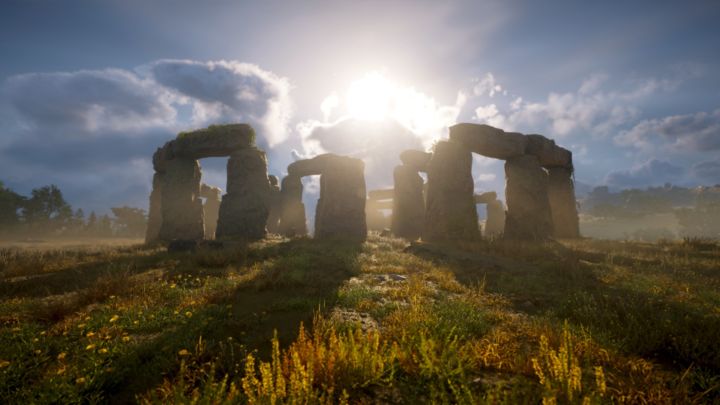 ADVERTISEMENT
Assassin’s Creed Valhalla kicks off in 9th century Norway, where Viking clans are fighting each other over territory. Playing as a Viking named Eivor, players get to fight for revenge early on, later hitting the shores of England with an invasion force.

Although Assassin’s Creed Valhalla might not have as many great monuments to admire as Ubisoft’s previous games, there are still quite a few Viking temples and other buildings to see (and climb) here.

Plus, players get to visit England’s prehistoric monument Stonehenge, which sure is one of the best-known monuments in the world, bringing crowds of sightseers to it every year. So arguably one advantage of getting to explore Stonehenge and its surroundings in Assassin’s Creed Valhalla is that you get to have your own private tour of the famous English monument, enjoying this ring of massive stones which has baffled people for centuries…