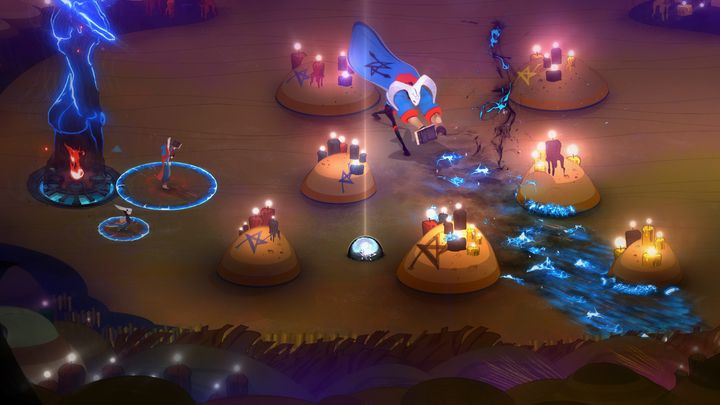 ADVERTISEMENT
Pyre is an upcoming game by indie outfit Supergiant Games, who gave us video game gems like Bastion and Transistor. Bastion was one of 2011 and it’s voiceover narration which reacted to player’s actions in the game sure was a highlight, while Transistor was an action role-playing game that was a blast to play and won countless awards back in 2014.

Supergiant games is now returning to the role-playing genre with Pyre, a game that was recently shown at the PAX East show in Boston. In the game, players will “lead a band of exiles through an ancient competition spread across a vast, mystical purgatory”, according to the game’s official website, and will feature “rich atmospheric presentation and storytelling”. And no doubt the gameplay footage shown at PAX East looks promising, showcasing the game’s colourful and fast-paced combat.