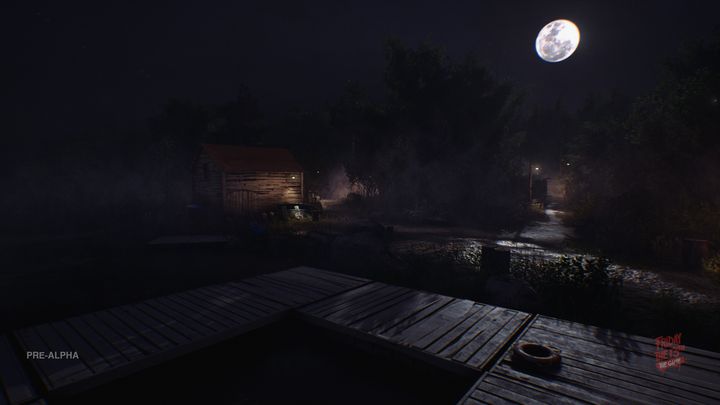 ADVERTISEMENT
If one thing is clear, is that the original Friday the 13th is something of a cult classic of the slasher genre, so it makes sense that plenty of fans of the long-running horror franchise are excited about this upcoming video game adaptation. The game is being developed by Gun Media and was previewed during the PAX East show, with new footage being revealed and also the fact that the game will include the Higgins Haven location from the Friday the 13th: Part 3 movie.

The new PAX East footage shows the game’s multiplayer gameplay, in which 7 players will try to stay alive while being stalked by the towering psycho in a hockey mask Jason Vorhees, protagonist of the movies. This is a multiplayer mode reminiscent of the 7 vs 1 “Hero Hunt” mode of the recent Star Wars Battlefront game, although it is clear looking at the PAX footage that getting caught by Jason will be a scary experience indeed in Gun Media’s game…