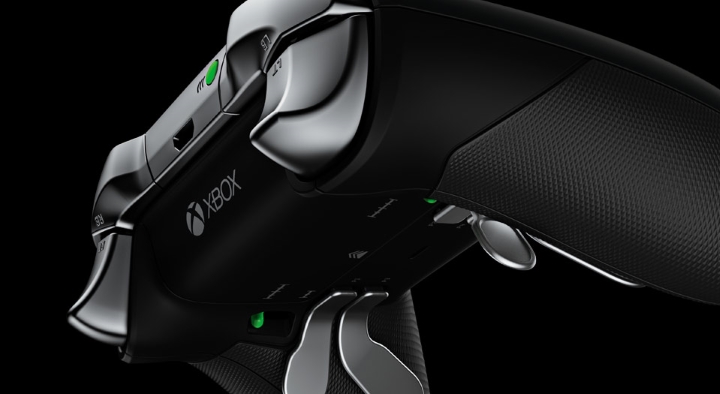 The Xbox One Elite controller is much loved by eSports enthusiasts.

The Xbox One’s controller is a refinement of the much-loved last generation gamepad. For instance, the new controller features a more responsive D-pad and rumble motors built into the triggers. The Xbox 360 controller was the choice for many gamers due to its offset analog sticks and better overall feel than Sony’s Dualshock 4 controller. But now thanks to the rumble motors built into the trigger buttons, playing those shooters on an Xbox One will be a better experience.

And although the Xbox One controller requires a separate kit to make it rechargeable, it can be argued that powering it with AA batteries is actually a better choice: Sony’s Dualshock 4 has to be recharged every time after a long playing session. Overall though, and despite the Dualshock’s cool clickable touchpad, the Xbox One controller has a better feel to it overall.