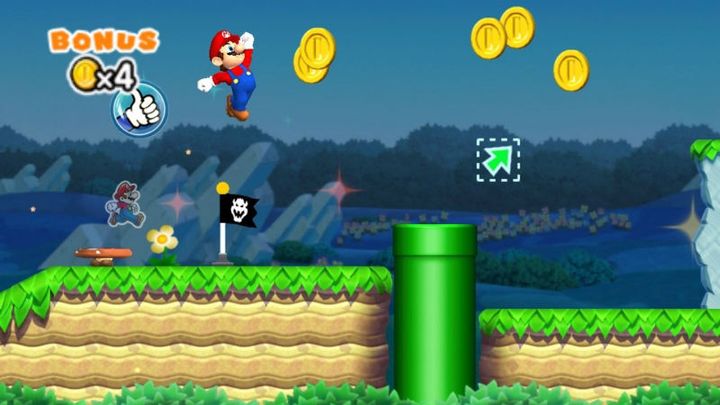 Super Mario Run is a fun experience on mobiles, but not quite a match for the Mario console games.

Some thought we would never see Mario on smartphones, but Nintendo finally yielded to fan pressure and brought the iconic plumber to Apple’s iPhone with Super Mario Run in 2016. Mario’s debut on mobiles took the form of an “endless runner” game, meaning he’s always on the move, and you can tap on the mobile screen to have him perform other moves such as jumping. This comes in handy to deal with enemies like Goombas (or to jump over pits for instance), and also to collect the game’s different set of coins.

Collecting coins added to Super Mario Run’s replay value, as most players won’t take that long to get through the game’s 24 stages otherwise. And investing these coins in the Mushroom Cloud mini-game was also a fun affair, letting you unlock other characters such as Princess Peach. All in all, Super Mario Run was a good debut for Nintendo’s iconic character on smartphones, even if it clearly isn’t the best game the series has offered to date.

Came out on: iOS.