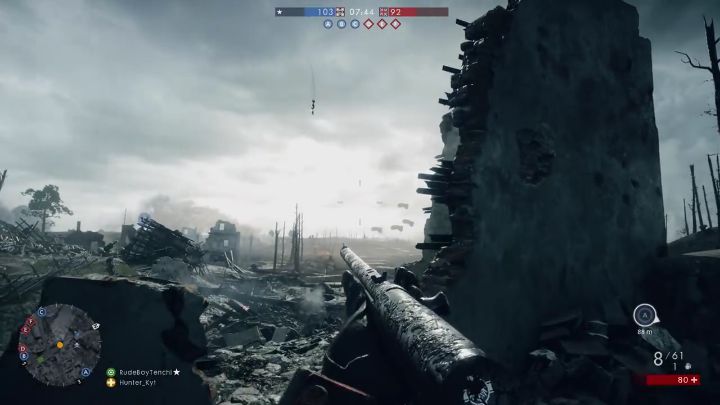 Battlefield 1’s deep multiplayer has a lot offer to fans of military shooters.

The Battlefield games have always excelled when it comes to offering exciting multiplayer action, and Battlefield 1 is no different in this regard. And the game’s new “Operations” mode surely is the highlight here, as this is a multiplayer experience taking place in different stages, recreating major battles from World War I. Also, being able to commandeer a wide variety of vehicles from tanks to biplanes in multiplayer matches adds to the excitement, plus there’s a real emphasis on teamwork that makes being on the winning side at the end of a match even more satisfying.

Call of Duty: Infinite Warfare also offered a fully-featured multiplayer experience when it shipped last year, with the usual selection of multiplayer modes like team deathmatch available to players. Infinite Warfare’s multiplayer is a bit too similar to that of Call of Duty: Black Ops III’s though, and despite the fancy sci-fi weapons and fluid movement system doesn’t feel that exciting overall. Of course, the zombies co-op mode is still a blast, but it’s clear Battlefield 1’s World War I battles are more appealing overall.