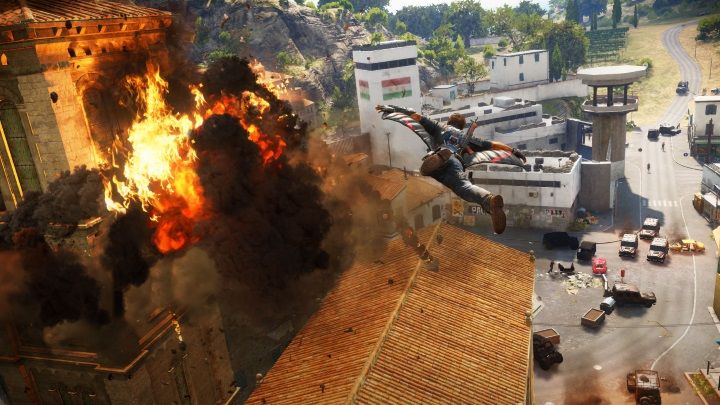 The wingsuit lets you fly like a crazy bat on steroids, blowing up stuff as you go.

Avalanche Studios scored with Just Cause 3, a great follow-up to the earlier Just Cause 2. This third entry sees Rico travel to the Mediterranean island of Medici, where evil dictator Di Ravello (who’s introduced in the game’s Tarantino-style credits) needs taking care of.

This is just an excuse to deliver more of the ball-breaking action the series is famous for, highlighting why the Just Cause series does explosions better than any other game out there. Sadly the town liberation missions get repetitive, as these always involve the same steps: destroying propaganda speakers, tearing down statues and other tasks which you repeat ad nauseum. Just Cause 4 admittedly improved on this with specific missions for each of the provinces you had to liberate.

Characters, story and open world don’t quite reach the heights of something like Far Cry 5 either, but the sheer unadulterated fun this offers still makes it the best Just Cause game to date.