The Just Cause games have offered exciting third-person action since the first game in the series hit shelves back in 2006. These games star CIA operative Rico Rodriguez, a man-on-a-mission who’s out to overthrow some corrupt dictator in one tropical paradise or another.

There have been four games since the Just Cause series first stormed into PCs and consoles more than a decade ago, but which is the best and which the worst? Read on to find out. 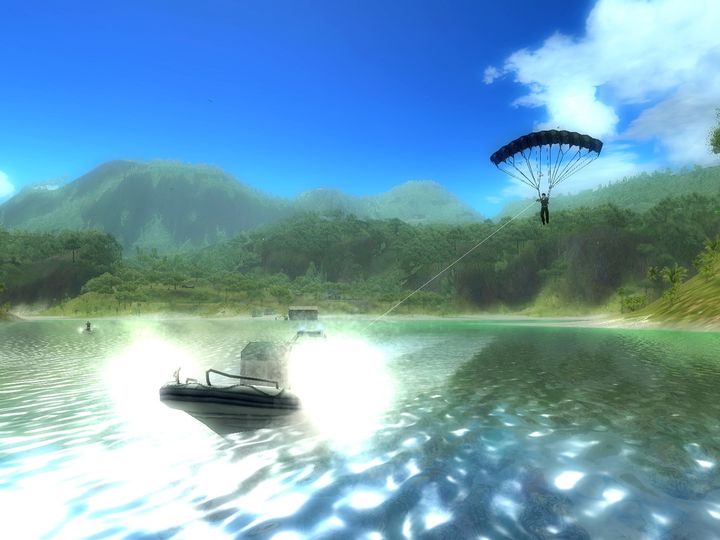 Rico has plenty of ways to get around in Just Cause.

This first entry in the series is essentially a GTA clone set on a tropical island, even if it does add some cool new ideas of its own to the mix. One is the grappling gun, which lets you grapple onto vehicles such as cars and boats, taking control of them from afar. You can even do this when gliding through the air in your parachute – a neat trick. This means you can pull off all sorts of crazy stunts as you make your way through San Esperito.

The main mission of overthrowing a dictator on the Caribbean nation isn’t so long though, and the side quests are repetitive – shooting government soldiers, blowing up buildings and collecting packages throughout the island is all you’ll ever get to do here. It doesn’t help that some of the sound effects are wimpy, and the enemy AI is comical by today’s standards – enemy soldiers blow themselves up with their own grenades on occasion. But despite being dated, Just Cause remains a fun experience nonetheless.