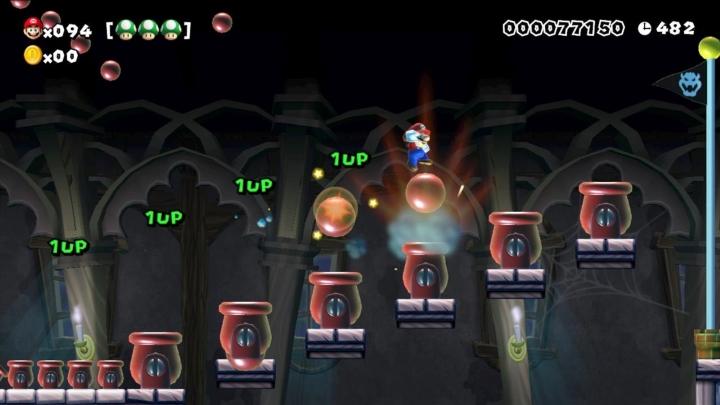 ADVERTISEMENT
Super Mario Maker revolves around the simple premise of creating one’s levels for a Super Mario game, and then sharing them online with other Wii U gamers. But this level editor is not only very intuitive and simple to use, it’s also a joy to play around with, as it’s colourful and makes great use of the Wii U’s touchpad.

The game also comes with the 10 Mario Challenge, a series of levels that are fun to play and worthy of a standalone Mario game. These levels can be loaded up in the editor, which is great for budding level designers to learn the ropes, although the editor is intuitive enough for anyone to knock up a level in no time by placing platforms and Goombas or any other enemy or obstacles. All in all, Super Mario Maker let players get creative and share their levels with others, and was the best Wii U game to grace the console in 2015.