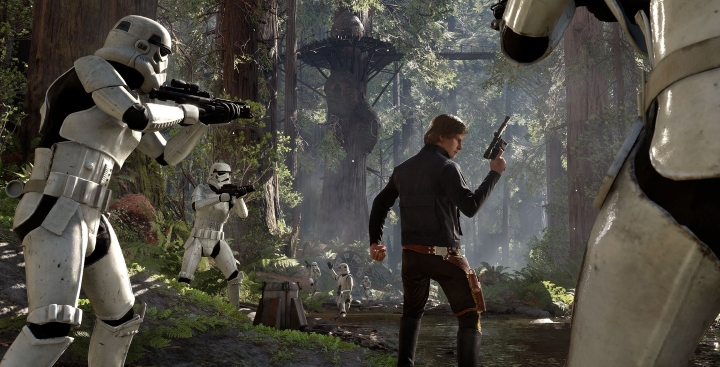 ADVERTISEMENT
This intense multiplayer mode, which pits 7 rebel soldier or Stormtroopers against a hero or a villain character, will certainly be a fulfilling experience for Star Wars fans. This is because players will get a chance to take control of an iconic Star Wars character like Emperor Palpatine and really get to experience his powerful combat abilities like the Force dash, which lets him get close to his enemies in an instant, and of course, his trademark Force lightning.

And taking out a group of helpless rebel soldiers with the Emperor’s dark side powers will surely make any gamer feel like a badass. But the 7 soldiers who are after the hero or villain still have a chance to deliver the killing blow and take his place in the next round. And it’s possible to take down even powerful characters like Emperor Palpatine by resorting to hit and run tactics, strategically placing turrets in the hero or villain’s path and simply remembering the old mantra that unity leads to strength…

The Fighter Squadron mode certainly captures the feel of those epic spaceship battles seen in movies like Return of the Jedi, although this mode focuses on planetary surface battles, rather than space battles. But technicalities aside, it is clear that Fighter Squadron is the most distinctive multiplayer mode in Star Wars: Battlefront, as it only involves dogfights between iconic Rebel and Imperial fighters like the X-Wing and the dreaded Tie Fighter.

And up to 20 players can take part in these fighter dogfights, with the side that destroys the most enemy fighters winning in the end. But perhaps the opportunity to pick up a powerup that lets you pilot Han Solo’s legendary Millennium Falcon for a few minutes is what those gamers playing on the Rebel side will certainly be living for…