Star Wars Battlefront was no doubt one of the video game sensations of 2015, with EA’s game being one of the best-selling games of the year. The game has sold more than 14 million copies at the time of writing, and clearly the fact that the game took advantage of the hype surrounding The Force Awakens movie was part of the reason why the game has been so successful.

Also, the fact that the game beautifully recreated Star Wars locales like Tatooine and featured iconic characters from the original trilogy like Luke Skywalker and Emperor Palpatine, plus a selection of addictive multiplayer modes, helped turn Star Wars Battlefront into one of the biggest video game successes of 2015.

Although some players, including one member of The Force Awakens cast, have complained about the lack of a single player campaign in Star Wars Battlefront. The likes of singer Benjamin Burnley also raised their voice against the game (and he did not have nice words to say about EA’s game), but whether this was due to a lack of a single player campaign or the fact that the singer found the game’s multiplayer modes boring is another matter though…

And now we know why Star Wars Battlefront lacked a single player campaign when it was released in November 2015, as Electronic Arts’ head Patrick Sutherland has now elaborated on the matter, stating that “the one thing that we got criticized for was the lack of a single-player campaign. It was conscious decision we made due to time and being able to launch the game side-by-side with the movie that came out to get the strongest possible impact”, according to GameSpot. 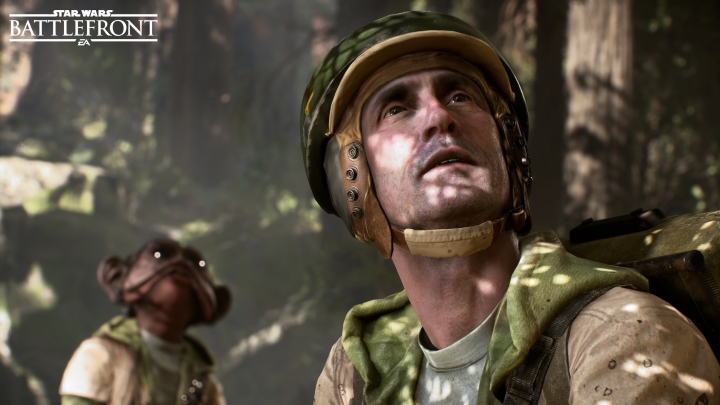 How good would a single player campaign in Star Wars Battlefront 2 be?

Sutherland’s words suggest that the game’s sequel, which will be released sometime in 2017 might have a single player campaign, and also the fact that he admits EA is not pleased with Star Wars Battlefront review scores. “Are we happy with the 75 rating? No. Is that something we’re going to cure going forward? Absolutely”, he said regarding the game’s Metacritic score.

It remains to be seen though, how good the single player side of things would be in a multiplayer-focused game like Star Wars Battlefront, but a great campaign would help give context to the multiplayer modes and also be a nice diversion for those who enjoy story-based games. Although we still have to wait until the game’s release date in 2017 to find out whether Star Wars Battlefront will offer the single player mode many gamers are craving for.