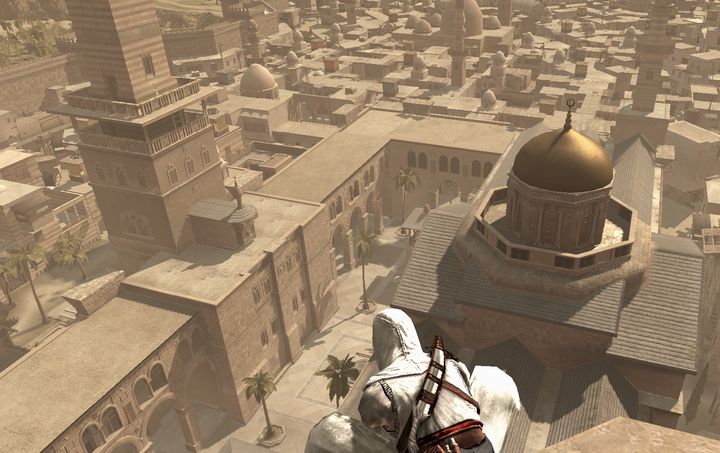 ADVERTISEMENT
This first Assassin’s Creed was hailed as a revolutionary game at release, and it wasn’t just due to its graphics. The game’s Middle Eastern cities like Jerusalem and Acre were beautifully rendered, but Assassin’s Creed also featured fantastic animation. Climbing to the top of towers and buildings was a joy to behold, and this game also introduced the classic leap of faith, which has become a staple of the series.

Assassin’s Creed does look pretty dated these days, and the truth is that it feels rather basic compared to the later entries. This is reflected in its gameplay, as performing each of the nine assassinations in the game’s story involves going through the same tedious steps each time. And tasks like pickpocketing and getting rough with informants on the street get old rather quickly truth be told.

This is still an enjoyable game, though, even if later games like its illustrious sequel have added much to the formula and left the original behind. But let’s not forget this is where it all started though…