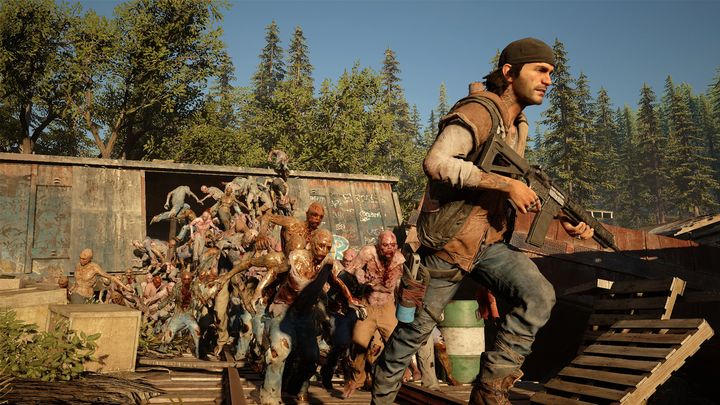 Will Days Gone be the best zombie game since The Last of Us?

There is no doubt that post-apocalyptic zombie games have found much success over the years, and games like The Walking Dead and The Last of Us have been played and enjoyed by millions of people worldwide. It is no coincidence, then, that upcoming PS4 exclusive Days Gone is one of the most eagerly-anticipated games hitting shelves this year, as it’s set in a post-apocalyptic US which, as you can imagine, has been overrun by the zombie hordes.

Here you play biker Deacon St. John, a gruff, cynical dude trying to survive in the US Midwest. There he will have to deal both with the Freakers (Days Gone’s version of zombies) and the human Marauders who roam the lands. Aside from boasting impressive graphics as you can see in the video below, Days Gone will also feature a dynamic weather system and open-world gameplay, so here’s hoping this turns out to be as good as many are expecting it to be when it comes out later this year.

Update: Days Gone has now been delayed until 2019.