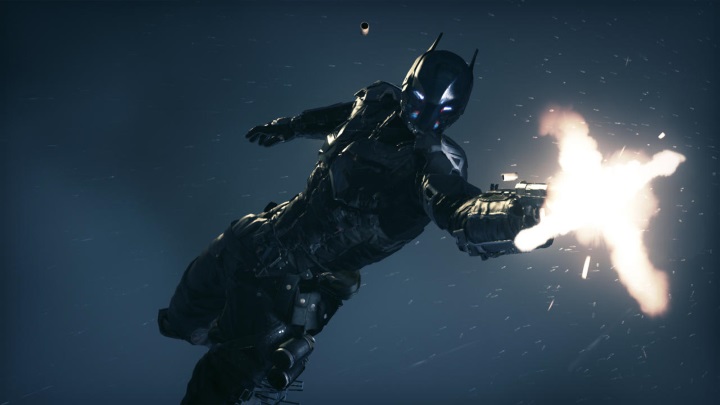 ADVERTISEMENT
Despite the Joker not featuring in Batman: Arkham Knight, the caped crusader will still have several formidable foes to contend with, because the Scarecrow has united Batman’s traditional enemies such as Harley Quinn and Two-Face to try and take out the Dark Knight once and for all.

But perhaps the most interesting thing about Rocksteady’s upcoming game is that the “Arkham Knight” bit of the title does not refer to Batman himself. The Arkham Knight is actually a new villain that will haunt Batman in Gotham city. And Rocksteady’s game director Sefton Hill has stated in an interview with Game Informer that this new villain known as the Arkham Knight will be a “formidable foe for Batman”. He wears a suit similar to Bats’ and is fond of using firearms, as you can see in the image above. And if one thing is clear, is that Batman will have his work cut out in trying to rid Gotham of crime this time around…