Batman: Arkham Knight is clearly one of the most eagerly awaited games of the year, and it will also be developer Rocksteady’s darkest and grittiest Batman game to date. As a matter of fact, it is their first Batman game to be rated ‘M’ for Mature by the ESRB in the U.S., so it is clear that Rocksteady is pulling out all the stops in order to make this Batman game an epic conclusion to their highly rated Arkham trilogy. And as the clock ticks down to the game’s release date on June 23, here are the top things to look forward to in Batman: Arkham Knight. 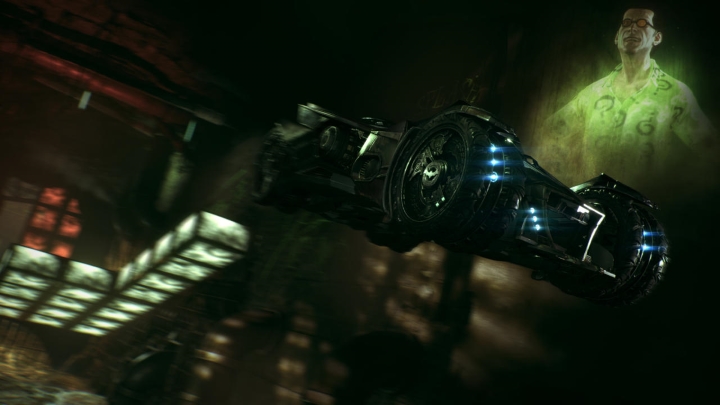 ADVERTISEMENT
If anything was missing from Rocksteady’s previous games, it was the drivable vehicles seen in the Batman movies, such as the legendary Batmobile seen in Tim Burton’s films or the roaring Tumbler that appeared in Christopher Nolan’s Batman movies. But now that the game takes place in the enormous playground that is Gotham City, Batman will have the option of fighting his enemies and driving to locations in the Batmobile.

And since Batman will be facing an entire army led by the sinister villain Scarecrow, it is a good thing that the Batmobile is equipped to deal with all sorts of threats, as it has an EMP device that can disable enemy vehicles and it also allows Batman to hack enemy drones so that they will open fire at anything that moves…

The biggest Batman game yet

The iconic city of Gotham has been the setting for most Batman movies and video games to date. But in Rocksteady’s previous games Batman did not have that much room to stretch his wings, as he was mostly confined to Arkham Asylum in the first game and to Arkham City in the second. But while Arkham City wasn’t a small playground, according to game creators Rocksteady it pales in terms of size when compared to the Gotham City of their upcoming game.

Dax Ginn of Rocksteady stated in an interview with gaming website GameSpot that this Batman game will be their biggest yet, with Gotham City being up to 5 times larger than the Arkham City seen in the previous game. Also, the game will be more immersive, as players will encounter no loading screens across their entire playthrough according to Ginn. And Gotham City’s epic size and new-gen looks can be seen in the gameplay video above, in which Batman deals with a group of thugs to help a damsel in distress…