Gamers were surprised when the ESRB, the U.S. ratings board for video games, gave the upcoming Batman: Arkham Knight an “M” or “Mature” rating. After all, the previous two games in developer Rocksteady’s superb Batman series were rated “T”, in other words they were fit for teenagers to play. And game director Sefton Hill has stated that they had no intention of toning down the game to make it more “mass market”. According to Hill, “it would have been wrong to water down the game and deliver a story we didn’t believe in to keep the game ‘mass market’ or enable it for more people.”

If anything, it was great to hear that Rocksteady would stick to their original vision and deliver a more mature and darker game, after all this Batman game is one of the most eagerly awaited games of 2015. But still, the ESRB rating strikes as odd, given that no Batman video game or movie has ever received such a restrictive rating. Add this to the fact that Rocksteady has stated that they won’t be “including gratuitous blood or swearing”, and the whole matter begs the question, is this ‘M’ rating due to sexual content? 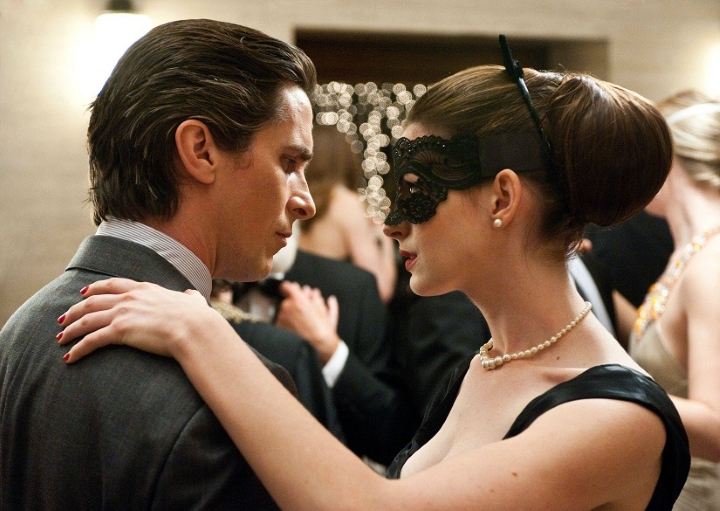 Anne Hathway’s sexy Catwoman sure made The Dark Knight Rises a greater movie.

And although no Batman video game has featured sexual content, that has not been the case as far as the movies are concerned. In Tim Burton’s 1989 Batman film for instance, Bruce Wayne gets intimate with photojournalist Vicki Vale, played by the delightful Kim Basinger. And in the more recent The Dark Knight Rises, after Bruce Wayne ends up bankrupt due to the machinations of supervillain Bane, he shares a steamy scene with Marion Cotillard, who is actually the daughter of his arch-enemy Ra’s al Ghul (Liam Neeson’s character). And in that same movie, Batman also gets to form a relationship with Anne Hathaway’s Catwoman, who exudes sexiness in every scene.

And while the issue of sex in video games is a thorny one, it would be noteworthy if Rocksteady had decided to make their upcoming Batman game more mature by using sex as a plot device. Games like Dragon Age: Inquisition have sex scenes that help flesh out the relationships between the game’s characters, and are better for it.

Supervillains like Harley Quinn will likely be more vicious in the upcoming Batman: Arkham Knight, which is shaping up to be a great game.

But still, Batman: Arkham Knight might be rated “M” for the same reasons that a violent game like GTA receives that rating, that is due to it featuring a lot of gratuitous violence. But considering the fact that Batman is a moral crusader who is out to do justice without killing anyone, the fact that Arkham Knight is a darker and more violent game than its predecessors won’t necessarily make it better.

Although if you take into account that the Batman universe is full of psychotic villains like the joker and thugs eager to crush Batman’s skull, it was clear that at some point the violence in these games was going to cross the line, and make them receive a “Mature” rating. Or perhaps Bruce Wayne finally turned insane, and after years of dressing up in a bat costume and wrestling with criminals at night, left his “no killing” policy behind? Just kidding…