One of the greatest features of Bethesda’s video games is that they can be “modded”, as the Maryland-based developer has allowed users to tweak and add to their games ever since they released their great role-playing game The Elder Scrolls III: Morrowind back in 2002.

And while user modifications (mods for short) used to be a PC-only thing, Bethesda has now added mod support on consoles to their latest game Fallout 4, allowing console players to try many of the mods that had been released for PC, while the new remastered edition of Skyrim (which is coming this October) will have mod support built in, letting players sample a wealth of user-generated content including new quests, weapons, beautifications and even a few quite zany mods…

It is clear then, that modding is a hobby for many PC users, but some have taken the activity to a whole new level altogether and have even put out professional quality mods that put some commercial releases to shame.

This is what SureAI (a team based in the German city of Munich) has done, as they released a “complete overhaul” mod for The Elder Scrolls IV: Oblivion back in 2010. This overhaul mod did not simply add a new quest, character or weapon to the game, but was set in its own fantasy world featuring new enemies, weapons and a new main quest and world map. To all intent and purposes, Nehrim was an entirely new game, using Oblivion’s engine and assets to deliver a new gameplay experience. 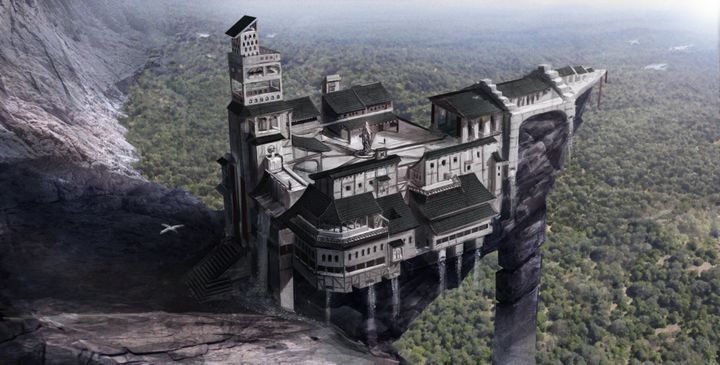 Enderal’s art and environments will be quite different from those of Skyrim.

So given how well received Nehrim was, it makes sense that SureAI would release a follow up to their critically acclaimed mod, and a sequel of sorts titled “Enderal” will be available for download free of charge this August.

Enderal is set in the same fantasy world as the earlier Nehrim mod, and will offer between 30 and 100 hours of gameplay according to SureAI’s official website. Perhaps the greatest novelty of Enderal, besides the fact that it will feature an entirely new story, side quests, characters and unique world removed from Skyrim’s, is how the levelling system works. It will be based on experience points which players get for completing quests and slaying monsters, instead of Bethesda’s system by which you improve skills like lockpicking by picking locks, for instance…

The game also has a novel “housing” feature that lets players craft their own furniture and use it to decorate their in-game homes, which will likely appeal to those who enjoyed Bethesda’s own Hearthfire DLC, which was focused on home-building and decoration.

All in all, it looks like Enderal will be an exciting add-on for Skyrim, and even if it will only initially be available for PC, it would be a great thing if it eventually made it to consoles as its clearly one of the biggest modding projects to be released for any video game to date.

Note: Enderal will be released in August 2016. Available on PC.

→
Next: Watch Dogs 2 video reveals more about protagonist Marcus Holloway and his friends