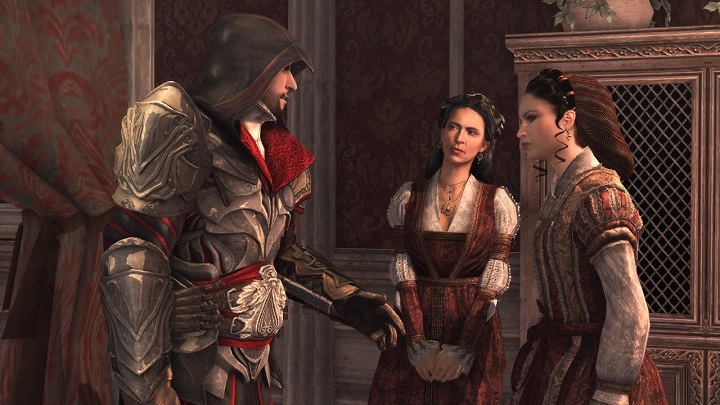 ADVERTISEMENT
After the wonder that Assassin’s Creed II was, Brotherhood felt like a let down. The story began promisingly enough with a spectacular battle scene, after which Ezio ends up in Rome ready to begin his adventure. But things go downhill from there. While Assassin’s Creed II was a tale of revenge in which Ezio wanted to get even with his family’s killers, this one is just Ezio’s assassins vs the Borgias. It failed to interest me in its characters or history, it lacked the personal touch. And what happens to Lucy at the end feels weird, it comes out of the blue and was a disappointing ending compared to the shocking finale of Assassin’s Creed II.

Climbing did not feel right in this game as well, the buildings were just too damn big and there was no joy in it. But don’t get me wrong: Brotherhood is still a worthy sequel and that early battle in Monteriggioni is probably the highlight of the series, but this is a game that could have been so much more.