The British Academy of Film and Television Arts (BAFTA) announced that video game industry legend John Carmack will receive the BAFTA Fellowship Award on April 7th in London, during the BAFTA Games Awards this year. This is the highest honour awarded by the Academy to an individual, and Carmack joins other personalities like Valve’s CEO Gabe Newell, Zelda creator Shigeru Miyamoto and game designer Peter Molyneux, who have also received the award.

And it is clear that John Carmack has been an influential personality in the video game world since he co-founded legendary developer id Software back in 1991, taking part in the creation of classic games like Wolfenstein 3D, Doom and 1996’s Quake.

These games, and the wildly successful Doom games in particular, did not only help make the first-person shooter genre popular, but id Software’s games were always on the cutting edge of graphics, with Carmack pioneering new graphics techniques in games like Quake (which was the first true 3D action game ever made) that helped define the look and feel of future games in the genre. 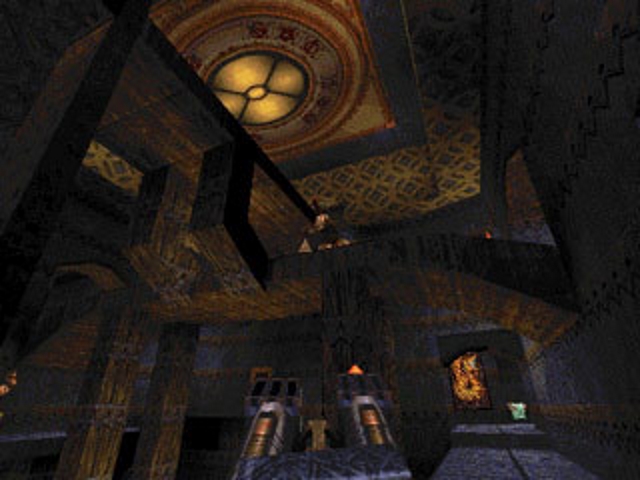 It may not look like much these days, but Quake was a graphically groundbreaking game back in 1996.

Even if Carmack is a hero for many gamers though, his departure from id Software in 2013 was fraught with controversy, as id Software’s parent company ZeniMax even sued his new employer Oculus claiming Carmack used their intellectual property without consent. Carmack’s id Software games have also been controversial, with Doom in particular being the target of anti-game activists and being blamed for real-world violent acts like the 1999 Columbine shootings in the US. Also, Doom’s predecessor Wolfenstein 3D was censored in Germany due to its controversial portrayal of Nazi Germany.

But still, there is no doubt that Carmack is a visionary and game creator like no other, and it’s a good thing that he’s now working with Oculus to improve the virtual reality experience for video game players worldwide. In a statement about his BAFTA award, Carmack said that receiving the award “is a great honour” and that “I am as excited about the future today as I was when I started”. And here’s hoping that John Carmack will keep making great contributions to the world of video games in the future, in the same way the industry veteran has been doing over the years.