Despite the fact that many industry pundits see Nintendo’s Wii U as a system on its death throes, new sales data from Japan suggests the ill-fated console might be enjoying a new lease of life of late. Actually, Wii U sales increased more than 150 % with respect to the previous week, with Nintendo’s console selling more than 9,000 units in the week ending on March the 20th, as reported on mcvuk.com.

It appears that this surge in sales might mostly be due to the release of Nintendo’s eagerly awaited Pokken Tournament in Japan, which shifted more than 70,000 copies in the same week. Still no luck for Microsoft’s Xbox One console though, as the system continues to underperform in the Land of the Rising Sun, with only 75 units being sold in the same period.

But even if these promising Wii U sales numbers might have helped put a smile on the face of Nintendo executives, the sad truth is that it’s game over for Nintendo Wii U, as the console has been something of a failure for the Japanese company. Launched back in 2010, when Nintendo was being run by the now deceased CEO Satoru Iwata, the Wii U has sold more than 10 million units to date, which pales in comparison to the 36 million PS4 Sony has sold so far, despite the fact that the PS4 came out almost one year after the Wii U’s launch.

So what went wrong with the Wii U? Some commentators blame the console’s screen-based controller for the Wii U’s downfall. When the Wii U was first unveiled to the public many Nintendo fans were confused by the gimmicky controller, not knowing whether Nintendo was presenting a successor to the original Wii or some kind of mobile gaming device. And strangely enough, it appears Nintendo is trying to be clever with the Wii U’s rumoured successor (the NX console) controller too, if it looks anything like the device in the image below… 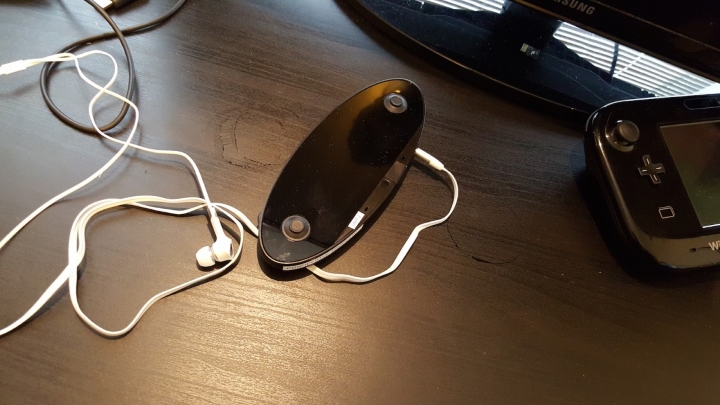 The Wii U’s controller clearly hurt the Wii U then, and the touch screen was hardly used even in games like Minecraft, which could have benefitted the most from it.

Also, it is clear the Wii U was a bit underpowered for a new-gen console, and its hardware is nowhere near in terms of power to the one in Sony’s PS4 or even Microsoft’s Xbox One. This meant that third-party developers avoided the system, and the likes of Call of Duty were never available for the Wii U, although to be fair Wii U owners did get to enjoy some superb first-party games like 2015’s Splatoon.

The Wii U then, wasn’t the megahit the original Wii (which sold more than 100 million units) was. So perhaps what Nintendo simply needs now is to release a system that matches the PS4 when it comes to processing power, and is able to run both third-party titles like Assassin’s Creed and also Nintendo’s superb line-up of games like Zelda and the Super Mario franchise.

Although it’s unlikely Nintendo will stick to this simple formula, and judging by the rumours and speculation surrounding the NX’s controller, is looking to innovate again (for good or ill) with their new console.

But hopefully the NX will make gamers forget about the Wii U when it hits the market (possibly) this year, even if Wii U owners still have Shigeru Miyamoto’s new Zelda game to look forward to, giving Nintendo a chance to put an end to the Wii U era on a high note.