As the launch of Intel’s 8th gen processors for desktops draws near, more information is emerging about its new-gen processors, which are rumoured to be hitting shelves early next month.

Leaked benchmarks also show that the new models will be outperforming the old i5s and i7s by quite a margin, and therefore could be a very desirable purchase for those who are still running old processors like that much-loved workhorse, the i5-2500K.

And Intel’s new desktop line-up is not only looking like it will deliver world-class performance, but also appear to be shipping at a price that could make some think twice before going for an AMD Ryzen CPU instead.

Actually, leaked processor prices which are doing the rounds online suggest Intel’s 8th gen could not only amaze when it comes to performance, but also price. As reported on Forbes, Intel’s top of the range Core i7-8700K will be going for $420 US dollars, while other models like the Core i3-8350K and Core i5-8400 will be shipping at about $199 and $230 respectively (note the latter price is obtained by converting from euros to dollars from the prices listed in the table below). 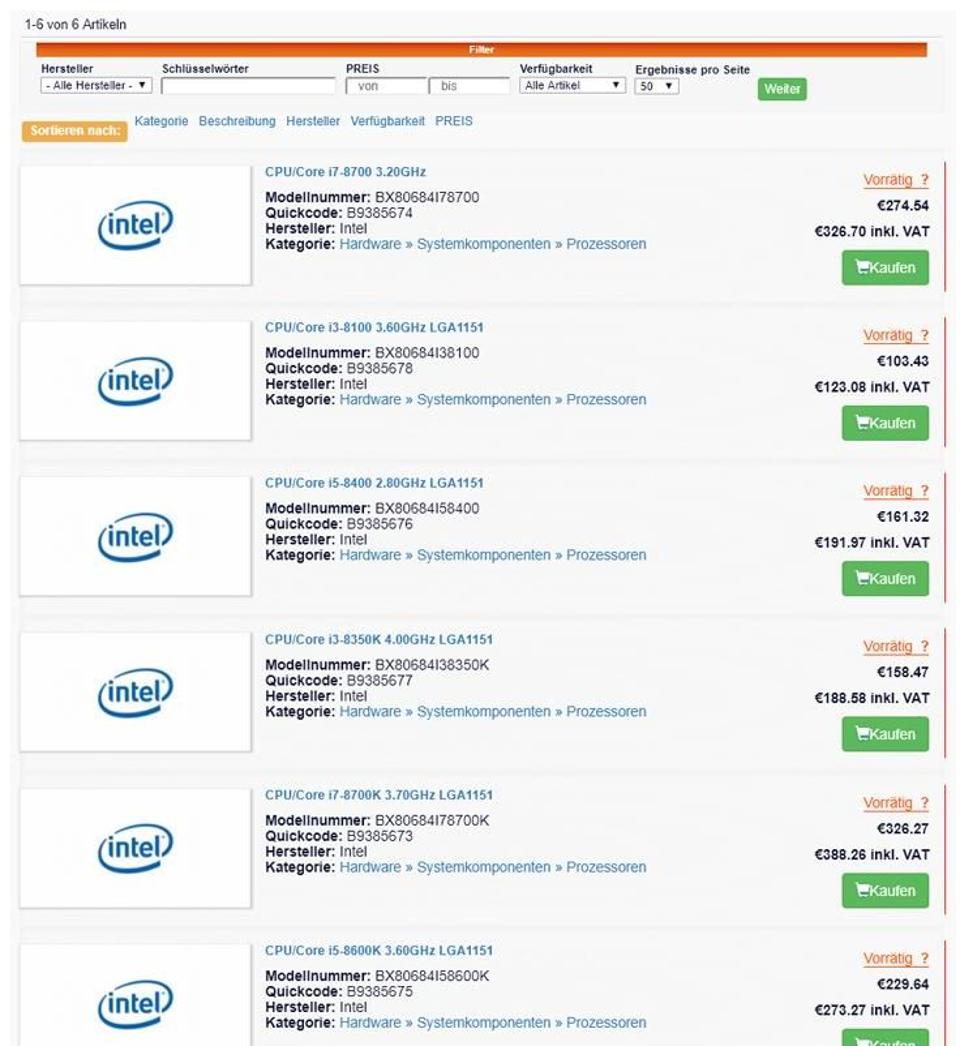 Meanwhile, the six-core i5-8400, which is expected to retail for $230 US dollars, is likely to outperform the Ryzen 5 1600 (despite the latter supporting twice the number of threads), making it a better gaming processor than its AMD competitor.

Overall, then, Intel’s 8th gen processors won’t be shipping at much higher prices than their earlier 7th gen, if these leaked prices are to be believed. Either way, it’s clear the Intel faithful have been waiting for the blue-chip giant’s response to AMD’s Ryzen threat for a while now, and it sure looks like the Santa Clara company will be delivering the biggest increase in desktop processor performance in a decade at a pretty decent price when its 8th gen processors ship early next month.