One of the biggest unveilings at this year’s E3 show was made by video game company Bethesda, which revealed that it was releasing another game in its much-loved role-playing fantasy series.

That video game series is, of course, The Elder Scrolls, which has been going strong since the original game hit shelves back in 1994.

So it makes sense that plenty of video game fans were excited when a trailer was shown for The Elder Scrolls VI, the successor to 2011’s wildly successful The Elder Scrolls V: Skyrim, a game which has been ported to more platforms than you can shake a stick at (including Nintendo’s Switch console too).

The sixth Elder Scrolls game is one eagerly awaited game then, even if by Bethesda’s own admission this will almost certainly skip the current generation of consoles and launch on next-gen platforms, likely no sooner than 2021.

However, we might now know one extra detail about the game, which might also give a hint about where the next Elder Scrolls could be set.

Actually, Bethesda recently trademarked the name “Redfall” as reported on Newsweek (via GameSpot), meaning The Elder Scrolls VI: Redfall could very well be the full name of its upcoming game, although nothing has been confirmed yet by the Maryland-based game company.

Bethesda made a similar move years before Skyrim’s launch in 2011 when it trademarked the Skyrim name, with speculation online suggesting this would be the name and setting of the next Elder Scrolls game.

You see, as those into the Elder Scrolls know, Skyrim is one of the provinces that makes up the fantasy world of Tamriel where these games are set.

Redfall, meanwhile could bear some relationship to the company’s 1998 game The Elder Scrolls Adventures: Redguard as GameSpot points out. This means this could be set in the Elder Scroll’s province of Hammerfell which is inhabited by the Redguards, one of the factions which feature in the game’s universe. 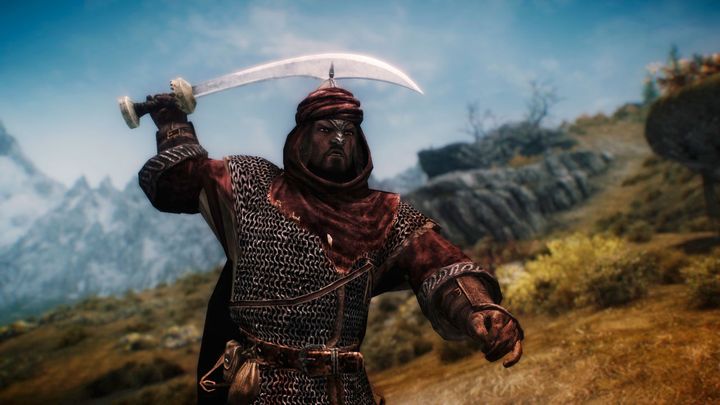 The Redguards could be the protagonists of Bethesda’s next Elder Scrolls game.

This is all speculation for the time being though, and Redfall could very well be a trademark filing that never actually gets turned into a game, with the title of the next Elder Scrolls game being something different in the end.

Time will tell then, whether Bethesda will be announcing The Elder Scrolls VI: Redfall at some point in the future or not. But given that the company is now putting the finishing touches on Fallout 76 (its biggest, most ambitious game yet) and that Starfield is next in its agenda, there’s still quite some time to wait before the next Elder Scrolls hits shelves.

Although clearly for fans of Bethesda’s storied series, that moment can’t come soon enough though.

→
Next: Here’s why Ubisoft won’t be releasing an Assassin’s Creed game in 2019