Many were excited when publisher Electronic Arts announced back in May 2015 that a sequel to the 2008 game Mirror’s Edge would arrive in the first half of 2016. And there was plenty of interest all-round, as many gamers loved Mirror’s Edge colourful art style and parkour-based action back in 2008.

And it is clear that Mirror’s Edge Catalyst, which is being developed by Swedish outfit DICE (who are also behind the wildly successful Star Wars Battlefront game) looks likely to boast the same colourful and original art style as its predecessor, if new screenshots showing the game’s dystopian city of Glass are anything to go by. 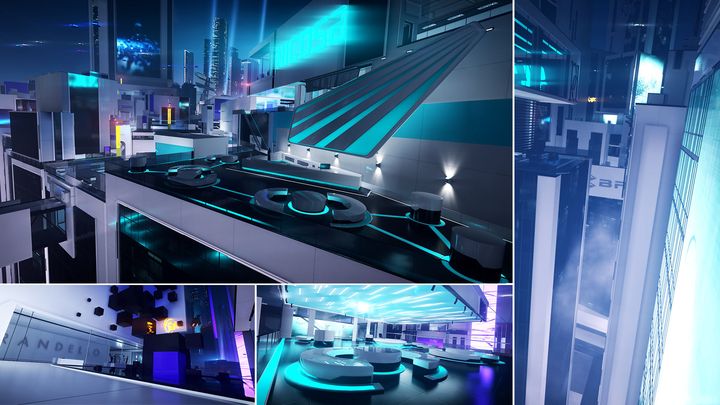 Posh nightclubs and tall corporate buildings await you in the Anchor district.

One of these screenshots on the game’s official website shows the posh “Anchor” district, where the evil corporations that run Glass are headquartered, but the Anchor district also features the city’s most popular nightclubs, and could be an interesting setting for some of Mirror’s Edge Catalyst’s story missions.

Also, there’s the Downtown area which is the city centre and where “Runners” roam the rooftops, doing the bidding of the corporations looking to resort to questionable means to get the upper hand on each other… One of these Runners is Faith, the game’s self-styled protagonist who was also the main character in 2008’s Mirror’s Edge. 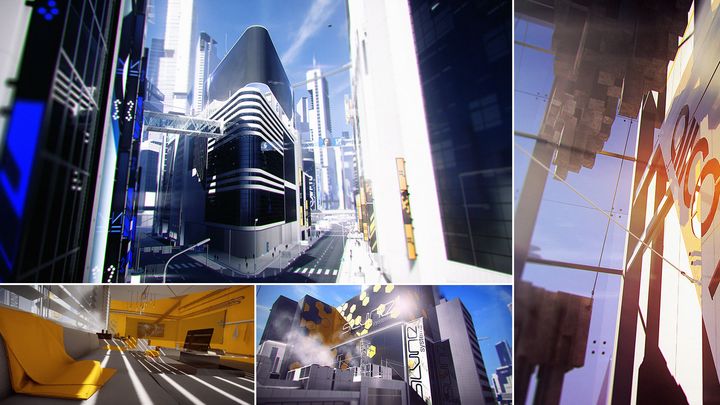 It’s business as usual in the game’s Downtown district…

But even if the original game was successful, selling more than 2.5 million copies, many criticized its poor combat and rather bland gunplay, plus the game’s story and short campaign length were not highlights either.

Things could be different this time though, and Mirror’s Edge Catalyst could end up being the hit that DICE and Electronic Arts are looking for. Preview videos and trailers, such as the story trailer released last February, suggest that the game’s parkour and freeform running will be as great as in the original game, while the game’s graphics could be some of the best yet seen in a new-gen game.

The original’s admittedly not that great combat has also been revamped, ditching firearms and focusing on melee, which is bound to work better in the game’s setting and fits protagonist Faith’s personality better. Also, this new Mirror’s Edge game appears to have better developed characters and story, involving the Black November resistance movement led by character Rebecca Thane, which has risen against the evil Conglomerate, a group of corporations that run the game’s fictional nation of Cascadia.

All in all, it looks like Mirror’s Edge Catalyst could be one of the year’s top releases and a big improvement on the original game when it debuts this June, and hopefully game creators DICE will deliver a great game both to those who loved the original Mirror’s Edge and new players alike.

Note: Mirror’s Edge Catalyst will be released on June 7, 2016. Available on PS4, Xbox One and PC.

→
Next: The Top 5 Virtual Reality Headsets