Sony will follow Microsoft’s trail and release the PS4 in China, after Microsoft launched the Xbox One in the country of the Great Wall on the 29th of September. This all comes after China lifted a ban which did not allow the sale of consoles in the country, as the authorities thought that video games could “warp children’s minds”. But thankfully the Chinese market is open to console makers again, which can now sell their machines in the most populous nation on Earth.

But still, launching a console in China could be somewhat risky for Sony. Even though Sony plans to sell the machine for $486 (£310), which is $100 dollars less than Microsoft is asking for the Xbox One, the price is a bit too dear for the average Chinese customer. So the console will be more expensive than in the US market, but of course the average American’s salary is much higher than that of the average Chinese. So this makes the PS4 something of a luxury item in China, only at the reach of rich Chinese citizens with time to kill playing video games. At least the commemorative edition is very pretty (it has a dragon emblazoned on the hard drive bay, according to Kotaku).

And Chinese gamers probably won’t have that many games to choose from. The Xbox One currently has a measly catalogue of only 10 games. This is due to the fact that video games have to be approved by the tough Chinese censors, and it is very unlikely that top selling games like Rockstar’s violent GTA V will be approved. So Chinese gamers are not likely to be driving recklessly, running over pedestrians or robbing banks in GTA anytime soon. 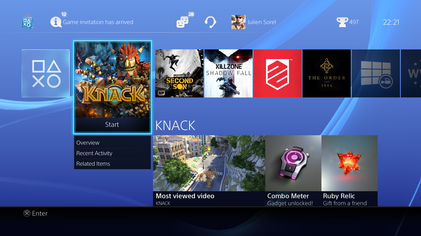 There won’t be many games available for the PS4 in China.

And Sony needs to take into account that Microsoft beat them to the market. Microsoft reportedly sold 100,000 Xbox Ones during the first week of its China launch. Also the Xbox One outsold the PS4 in the US and UK in November 2014, and this trend could continue in China. And even though the PS4 has the price advantage, we also have to consider that there is historical resentment between Japan and China due to events that took place during World War II. And the conservative government of Japanese president Shinzo Abe wants to rebuild Japan’s military and forget the past. So China’s resentment of Japan could hurt PS4 sales in China.

In the end though, although the launch of the PS4 is a bit risky for Sony, entering the Chinese market is a necessity for a large multinational like Sony. China is the world’s second largest economy and the fastest growing in the world. Even if only a fraction of the 1 billion plus Chinese get to sample the delights of the PS4, I sure hope they have a great time playing their games.