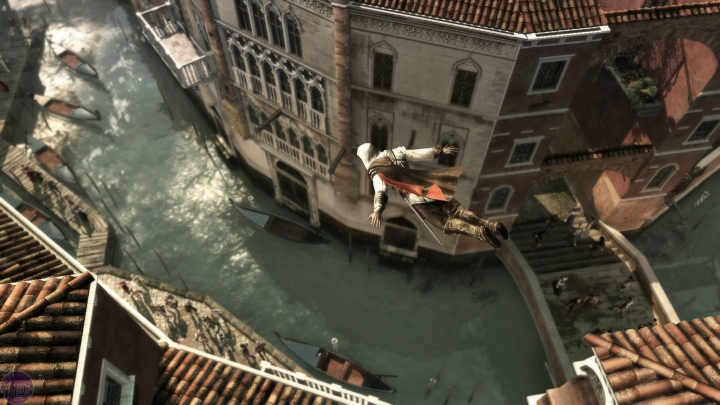 This game lets you play parkour in Renaissance Italy.

This game took place in Renaissance Italy and introduced us to the character of Ezio Auditore, the ladies’ man who finds himself embroiled in a conspiracy involving the Assassin and Templar orders.

This game was certainly the high point of the Assassin’s Creed series, and not only because it was a massive improvement on the original. The main story was great, chronicling Ezio’s quest for revenge. It was also full of memorable characters such as Ezio’s sister Claudia and the villain who would later become Pope, Rodrigo Borgia.

The game was full of historical detail, you could climb authentic buildings such as the Florence cathedral and later read details about it in the game’s database. It also had tons of optional content like the tombs, cool platforming sections similar to a Prince of Persia game. Another side activity involved hunting for glyphs on buildings that revealed the story of the enigmatic Subject 16 and “the truth”.

Assassin’s Creed 2 also had one of the most memorable endings in video game history. It involved Roman goddesses and ancient civilizations, and a really shocking twist at the very end. And to get to it, you first had to engage in a fistfight with the Pope himself…