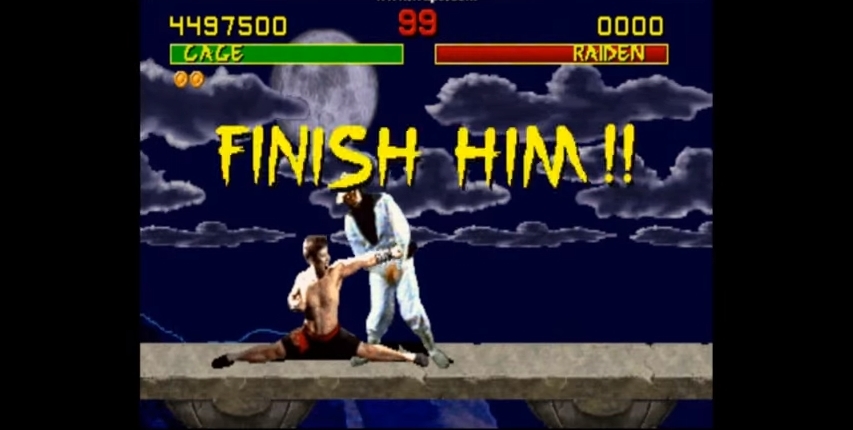 Mortal Kombat’s Fatalities caused an uproar in the early 90’s.

This is the game that started the Mortal Kombat franchise. It was a hit in the early 90’s due to its combination of superb fighting action, fluid combat moves and realistic characters. Actually, the game was one of the first to use motion capture with real actors. But Mortal Kombat also caused an uproar due to its ultra-violent action – its bloody combat was a world apart from Street Fighter II’s cartoony action.

Mortal Kombat also introduced the gruesome finishing moves known as “Fatalities”. Players could perform these on their opponents once they had won the match, and included such niceties like decapitation and electrocution of opponents, which upset the powers that be, leading to the creation of a ratings system for video games.

The game does look pretty dated and the action looks comical by today’s standards, though. And it’s clear that more recent entries have put the original game to shame, although this is a game that deserves its place in video game history, no doubt.