Capcom’s announcement in June last year that a new Resident Evil game would be hitting shelves in 2021, sure left fans of the franchise giddy. After seven major games and six motion pictures over the years, there are millions of Resident Evil fans out there, many of which are craving for a new instalment of the long-running video game series.

Resident Evil Village will be the eight major game in the series, and will be played from a first-person perspective like 2017’s Resident Evil 7: Biohazard was. Survival horror fans can look forward to the return of Resident Evil 7’s protagonist Ethan Winters, who this time will be struggling for survival in an Eastern European village as he searches for his wife and daughter.

Also making an appearance will be Resident Evil stalwart Christ Redfield, who judging by the latest trailer for the game (see below) might have taken a turn to the dark side in this latest instalment of the franchise…

Another new character in the long-running series is Lady Dimitrescu, a very tall vampire lady which caused a sensation after Capcom released the first trailer for Resident Evil Village. She’ll likely be another villain players won’t soon forget, and someone as intimidating (or even more so) than the scary Mr. X from 2019’s Resident Evil 2 remake.

The game is said to be inspired by Resident Evil 4 – one of the best entries in the series no doubt, so hopefully Capcom can deliver another great Resident Evil game featuring puzzle-solving, combat and great locations to explore when it releases on May 7, 2021.

As a matter of fact, two of the game’s locations are part of the demo that will be available to play before the game hits shelves on the aforementioned date.

A PlayStation demo released on April 17 let players explore Resident Evil Village’s creepy village, and another one coming on April 24 will let you take a peek inside Lady Dimitrescu’s haunted castle. The demo will be available during an 8 hour time window, with the starting times for it being shown below (via Forbes).

Note that this demo will let you play for 30 minutes before locking you out though.

You can play the full, multiplatform demo for 60 minutes, and explore both the village and the castle to get a feel of what Resident Evil Village has to offer. This will be available on PS4, PS5, Xbox One, Xbox Series X and S, PC and Google Stadia.

Re: Verse offers a competitive deathmatch mode in Resident Evil settings like the police station from Resident Evil 2 and an original art style, so hopefully it won’t suffer from the issues that plagued Resident Evil 3’s Resistance multiplayer mode then… 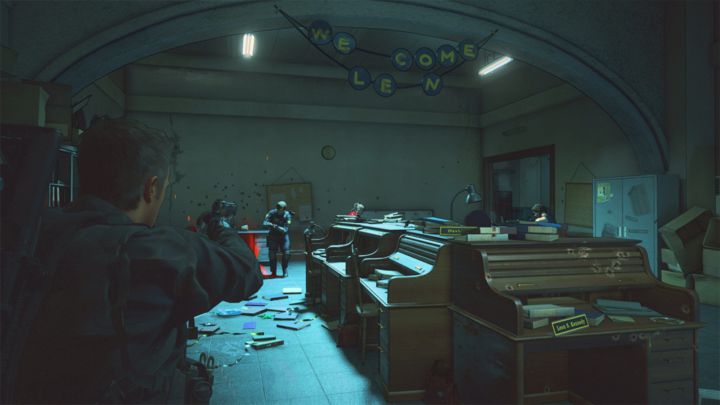 Capcom also revealed recently that the popular Mercenaries mode will be back in Resident Evil Village. In previous instalments of the franchise, this had co-op multiplayer, but it’s not yet known whether this will be the case in Village. Mercenaries features arcade-style gameplay, requiring players to kill a certain number of enemies within a time limit, and Resident Evil Village’s version of it will pack a few “twists” according to game director Morimasa Sato. Mercenaries (whether in multiplayer co-op or single player) is played in first-person, unlike the Re: Verse multiplayer mode which you play in third-person mode.

Regarding the PC system requirements for Resident Evil Village, these were made available on the game’s Steam page earlier this year. As you can imagine, the game is more demanding than last year’s Resident Evil 3 remake, given that Resident Evil Village has been designed with next-gen consoles in mind. This means that even though the minimum memory requirement for the game remains the same (8 GB), you’ll need a beefier processor and graphics card to play the game, especially if you want to play on higher quality settings and meet the game’s recommended system requirements (see below). Also, either a AMD Radeon RX 6700 XT or at least a Nvidia GeForce RTX 2060 will be needed to enable ray tracing in the game.

Resident Evil Village is a game many people will be looking forward to then, even though 2020’s entry Resident Evil 3 wasn’t as good as people were expecting. It would be a great thing if Village was a return to the series’ glory days though, something we’ll find out when this next Resident Evil game arrives early next month.

Note: Resident Evil Village will be released on May 7, 2021. Available on PS4, PS5, Xbox One, Xbox Series X and S, PC and Google Stadia.

→
Next: Nvidia graphics cards will be hard to get until the end of 2021 according to company