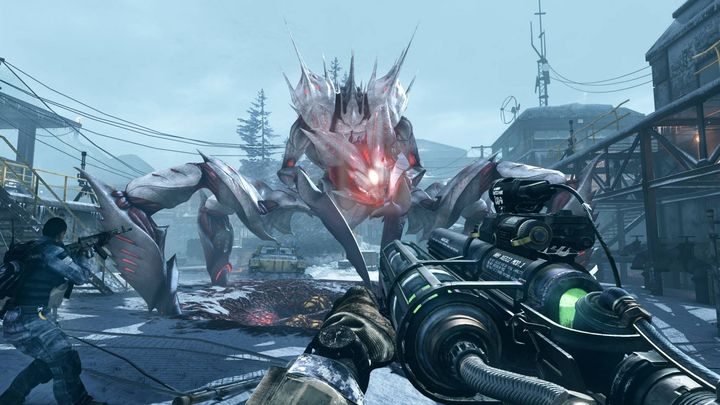 There were no zombies in Call of Duty: Ghosts, but you could fight aliens instead in multiplayer.

This was the first Call of Duty game to hit the PS4, and surely was a step above the earlier games when it came to graphical fidelity and detail. And while Call of Duty: Ghosts might not be the best entry in the series to date, it still deserves credit for its varied single player campaign, which featured space firefights and even a playable dog character… Plus this also had an original new enemy to deal with, a federation of South American oil countries threatening the US in the game’s near future setting.

Multiplayer was also solid here, despite the fact that the large number of perks and enormous maps made this a daunting game for beginners. But it’s clear that Ghosts still delivered a solid Call of Duty experience on PS4, even if it’s not up there with the best the series has offered to date though.