If one thing is clear, is that expectations are high regarding this year’s Gamescom. After all, this is Europe’s biggest consumer gaming show, with the top video game publishers showcasing their games at this year’s event.

This means those who attend will get an opportunity to try some of the most eagerly-anticipated video games of the year in Cologne, Germany this August, as well as get a chance to meet the devs behind some of the hottest games of the moment.

And one of the publishers with a big presence at this year’s event will be French powerhouse Ubisoft, the company behind the Assassin’s Creed and Far Cry franchises, and also other hits such as Tom Clancy’s Ghost Recon: Wildlands. 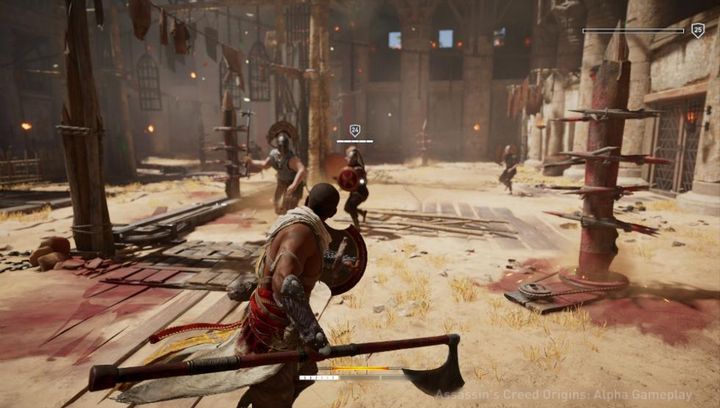 Assassin’s Creed Origins is one of the games Ubisoft will be showcasing at this year’s Gamescom show.

And aside from new entries in Ubisoft’s top franchises (Assassin’s Creed Origins and Far Cry 5), gamers will also get a chance to sample the eagerly awaited Nintendo Switch title Mario + Rabbids Kingdom Battle, racing sim The Crew 2 and South Park: The Fractured but Whole, as well as go toe to toe against other players in new seasons of For Honor and Rainbow Six Siege.

Also, those who play games on the Ubisoft booth will get exclusive in-game rewards too, and also enjoy stage performances and other stuff as seen in Ubisoft’s video below. You’ll be able to do this from August 23 to August 26, as these are the days during which the show will be open to the public.

It’s clear then, all eyes will be on Cologne next week as this is Europe’s biggest video game event by far, and hopefully this will be another great Gamescom show for video game fans to enjoy when it kicks off this August.