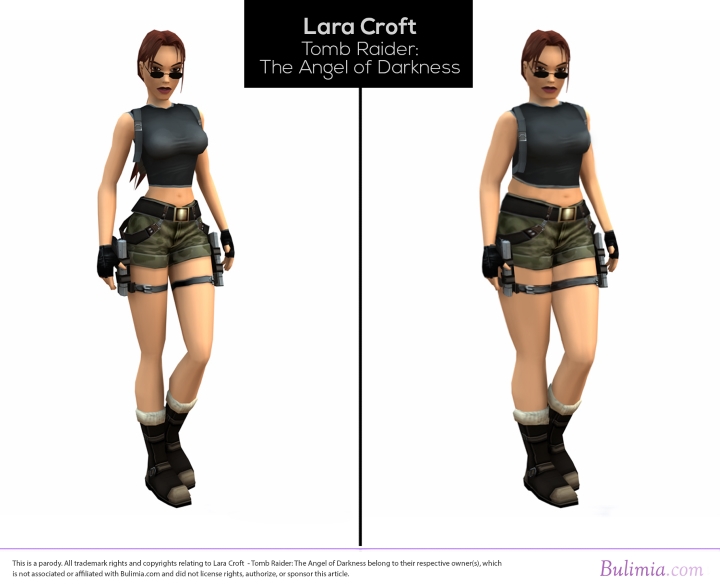 ADVERTISEMENT
It all began when an eating disorder website published a series of images in which they had altered the physiques of some of the most popular female video game characters, so that they would feature more “average body types”. It was all part of an article in which website bulimia.com complained about the lack of plus-sized women in video games, and urged game creators to “get real about women”.

The resized versions of beloved video game characters like Lara Croft (see above) don’t feature the impossibly slim waistline that Lara sported in the late 90’s Tomb Raider games (although the Lara Croft seen in the 2013 reboot did have a pretty normal physique). And some have argued that these resized bodies are not any more “realistic” – wouldn’t a physically active action heroine like Lara Croft be in pretty good shape anyway? But still, it’s a good thing that video game creators are reminded that female video game characters can look like the average woman every now and then…