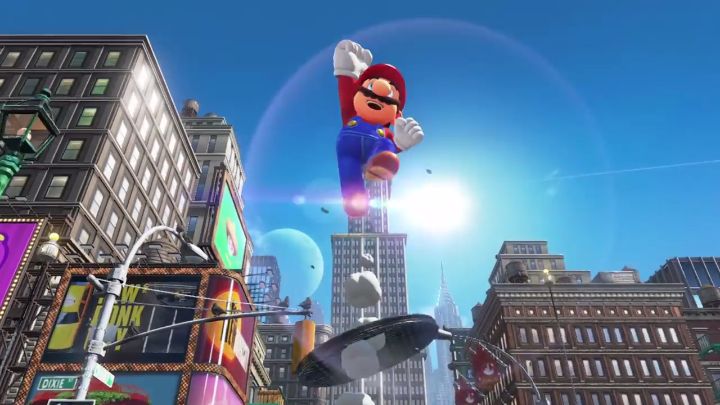 A new Mario game is coming to the Nintendo Switch later this year.

If one thing is clear, is that Mario is one of the best-known video game characters of all time, and that the iconic plumber has featured in some of Nintendo’s best games like Mario Kart 8 and Super Mario Galaxy.

So it is not surprising that one of Nintendo’s first party offerings for their new Switch console will be a Mario game, and it looks like Super Mario Odyssey will be another colourful and entertaining platform game in the vein of earlier Mario titles like 2007’s Super Mario Galaxy.

Also, according to Nintendo this will be a “sandbox-style” game, and judging by the trailer below it looks like this game will feature larger levels to explore than earlier games and an interesting variety of settings (including an actual city) which could make this Mario game the best yet when it comes out this holiday season.