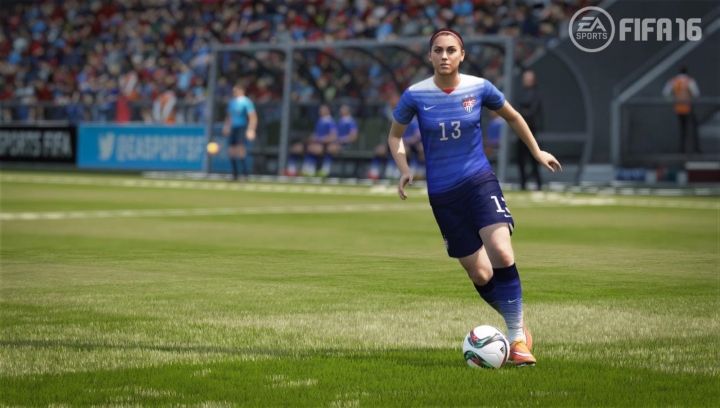 ADVERTISEMENT
While it might not be the number 1 sport in the U.S., soccer is certainly the dominant sport across the pond. As a matter of fact star players like Real Madrid’s Cristiano Ronaldo are paid millionaire salaries and enjoy celebrity status in Europe. And the FIFA sport games series has been going strong for 20 years now, selling millions of copies and delighting European football fans the world over.

But it could be argued that the series has grown stale of late, perhaps not offering enough new features each year to please long-time fans. But the upcoming FIFA 16 promises to improve the series gameplay in more than one way. For instance, defending has been given a complete overhaul, as the game will feature better tackling mechanics, and more defensive options for shutting down attacks and containing frisky players like Ronaldo. But perhaps the biggest novelty is that FIFA 16 will include women’s teams for the first time in the series history. So perhaps now the ladies can teach guys a thing or two about kicking balls around…