Has this happened before? 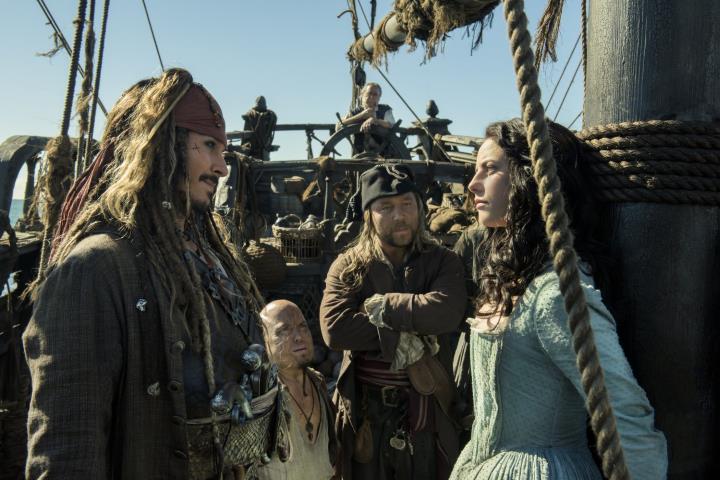 No honour amongst thieves: hackers are demanding a large sum from Disney in order not to release a stolen copy of the latest Pirates of the Caribbean movie.

Well, actually it has… This year another hacker stole the entire fifth season of popular TV series Orange is the new Black. And like the Pirates of the Caribbean hackers did, you can imagine the guy was also demanding a ransom for not releasing the entire season online. Of course, streaming service Netflix did not give in to this rogue’s demands, and flatly refused to pay. This led to the vandal posting the fifth season of Orange is the new Black online, quite some time before the season’s projected debut on June 9.

There were also rumours according to the Hollywood Reporter that a work print of the eagerly-anticipated Star Wars: The Last Jedi had ended up in the hands of hackers, and these were demanding a ransom too. This is something that turned out to be a hoax, though.

Also, back in 2014 North Korean hackers were linked to an attack on Sony Pictures. On that occasion though, the hackers did not steal any movies, although they did come up with plenty of employee records, internal emails, and also the script for the then unreleased James Bond movie Spectre.

Will this hurt the movie’s box office performance?

Hard to tell, but given the film is now little more than a week away from hitting theatres, this seems unlikely. After all, casual moviegoers who’ve already made their minds up about going to see this at a theatre are unlikely to be roaming torrent sites for a pirate copy.

After all, watching this in a theatre with friends is a completely different experience. And given that the earlier Pirates of the Caribbean films have been such blockbusters, the release of Pirates 5 is likely to be a social event of the highest order… So no, it’s unlikely Disney’s bottom line will be much affected by this affair, and it may actually help advertise the movie ahead of its theatrical launch next week…

IMAGE CREDITS
Pirates of the Caribbean: Dead Men Tell No Tales (Walt Disney Studios)
LIKE US ON FACEBOOK