You would expect CD Projekt to be in a celebratory mood at this time in 2021. After all, the Polish company launched one of the biggest games of 2020, a game which millions of people the world over were waiting for and which was pre-ordered a whopping 8 million times before its launch on December 20 last year.

I’m referring to Cyberpunk 2077 of course, CD Projekt’s sci-fi role-playing game. This is a game people were hoping would set the world on fire like The Witcher 3: Wild Hunt did 5 years earlier. But despite the game getting solid review scores for its PC version, reviewers would open a can of worms later when they took the PS4 and Xbox One versions of the game for a test drive…

This is because the last-gen versions of the game were buggier than an abandoned cellar at launch, having all sorts of issues including crashes, missing textures (including missing character faces) and low frame rates bordering on the unplayable. Unexpected nudity likely led to much ridicule and laughter online too…

And seeing how Cyberpunk 2077’s last-gen versions were such a mess and barely better than a PS3 game, Sony took the unprecedented move of removing the game from the PlayStation Store last December. The game has not returned to Sony’s store yet, despite the series of patches developer CD Projekt Red have released for Cyberpunk 2077 since launch.

CD Projekt had another big patch in the works, which presumably would bring performance on PS4 and Xbox One closer to that of current-gen consoles. This was supposed to ship late last month, but the patch’s release was aborted due to CD Projekt suffering a hacker attack in which source code for the company’s games and internal documents were stolen.

And things still appear to be dire in the aftermath of the attack, as apparently CD Projekt employees had been unable to access their workstations as was recently covered on Eurogamer.

A Bloomberg report referenced in the article describes how CD Projekt staff (who are working at home due to the pandemic) could not access the company’s virtual private network for weeks after the attack, leaving them unable to get their work done and leading to the delay of Cyberpunk 2077’s 1.2 patch.

It seems employees’ personal information may have been exposed too, such as passport details, and the company’s IT staff has gone as far as telling them to send over their personal computers to check whether malware may have been installed on them during the attack…

This might seem like pouring cold water on the heads of the people who worked so hard to get the game out of the door and who were later blamed for Cyberpunk 2077’s launch problems, as Eurogamer points out.

At least it appears that despite CD Projekt’s refusal to pay a ransom for stolen game code and documents, the hackers might have not been successful at selling these in a dark web auction as a Forbes report has suggested. 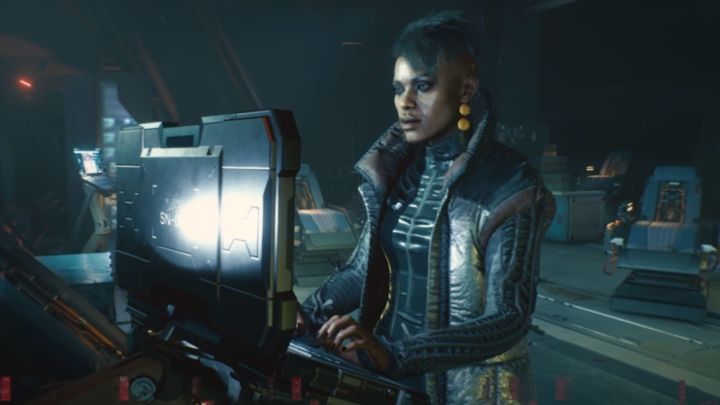 Hackers have made life difficult for Cyberpunk 2077 company CD Projekt.

No matter how you look at it, though, the actions of whatever hacker group was behind the attack have made the first months of 2021 something of a nightmare for CD Projekt.

Add to this the lawsuit that’s hanging over the company’s head, which was filed by disgruntled investors who had bought CD Projekt shares in the months leading up to Cyberpunk 2077’s launch. The Polish company’s share price has tanked since the summer of 2020, when it was close to $120 US dollars, while right now CD Projekt shares are going for almost half of that. The company’s management surely talked up the share price with all the hype surrounding Cyberpunk 2077, and even lied about the state of the last-gen versions in what was one of the biggest controversies of last year.

There’s also the fact that a former employee has accused CD Projekt Red of cutting a lot of content from Cyberpunk 2077, even claiming that tens of thousands of lines of dialogue were excised from the game, and many locations which were meant to be lootable ended behind locked doors in the final game.

There’s a silver lining to all of this, though, as sales of Cyberpunk 2077 are very likely to pick up again once the game is allowed back on the PlayStation Store. This is likely to happen latter than expected now due to delays caused by last month’s hacker attack and the ongoing pandemic though.

People are also looking forward to the PS5 and Xbox Series X version of The Witcher 3: Wild Hunt, which will feature graphical enhancements such as ray tracing. It remains to be seen, though, how work on the new version of The Witcher 3 has been affected by the hacker attack, and how long it will take the team at CD Projekt Red to get back on track, but it’s clear the next-gen enhanced version of the company’s sword and sorcery game will be delayed too.

Here’s hoping that CD Projekt can get off the ground soon enough nonetheless, and that Cyberpunk 2077 fans and those longing for the company’s other projects are treated to good news in the weeks to come.

Read more: The top 5 most controversial video games of 2020

→
Next: Nintendo Switch Pro reportedly coming as Nintendo talks of avoiding a sales drop off