Back in the day, video game players could sample games by playing pre-release demos, getting a taste of what a game was all about before parting with their hard-earned cash. But open betas, which let players enjoy a game’s multiplayer features online while providing valuable feedback for the developer, have become more popular than the good old game demos of the past.

And the latest game developer to offer an open beta, letting players sample their game for free is id Software, as their upcoming Doom will be available to download and play to everyone from April 15 to April 17.

It is not the single player campaign that will be playable though, but the multiplayer side of things. Bethesda has released a trailer showing what will feature in the beta, which you can watch above, but basically players will get to try two of the game’s multiplayer maps, two game modes and most of the game’s weapons and other equipment like the frag grenade.

The multiplayer maps on offer are named “Heatwave” and “Infernal”. The first one is set in “and industrial UAC facility with glistening halls” according to Bethesda’s description, while the Infernal map features “lots of platforms and chasms, along with teleporters”. 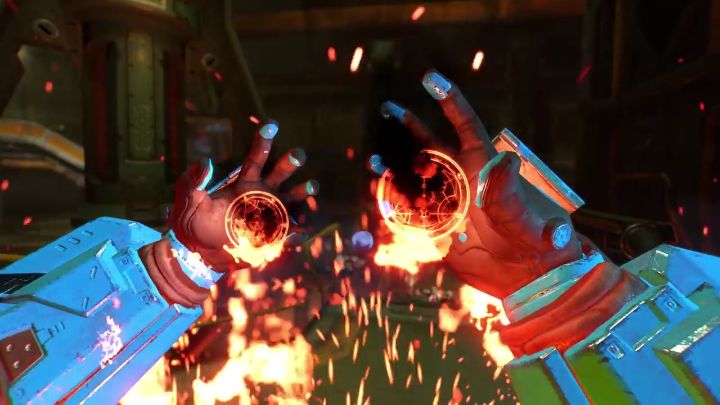 Regarding the game modes available in the beta, one is a classic deathmatch (6v6 players), which has been carried over from the classic Doom games of the 90’s, while the other mode is named “Warpath” and is a variant of the “King of the Hill” multiplayer mode seen in many shooters to date, with the novelty that the capture point is constantly moving to keep the action as fast-paced and intense as possible.

It is clear though, that Doom is one of the most eagerly awaited games of the year, and player’s experience with this open beta could help them decide whether to get the game or not. The Division had a similar open beta which was a huge success, attracting millions of players, but it remains to be seen whether Doom’s old-school gameplay and aesthetic will end up making Bethesda’s game a hit when it’s released in May.

→
Next: 5 Video Games Accused of Sexism