Most fans of The Elder Scrolls video games would agree that the series’ fantasy world of Tamriel is one of the best realized in gaming history, and has been the setting of fantastic games like Morrowind, the 2006 classic Oblivion and 2011’s masterpiece The Elder Scrolls V: Skyrim (a remastered edition of which was released recently).

Of course, there is also The Elder Scrolls Online, an online multiplayer game that came out in 2014 and has been going from strength to strength ever since. The game lets players adventure in the Elder Scrolls universe, tackling the typical Elder Scrolls quests with a party of adventurers, even if the magic of being a lone hero and the “chosen one” of the single player games is lost when one has to share the world with countless human players though…

But still, The Elder Scrolls Online is still a solid multiplayer game that offers plenty of opportunities for fun, but never quite reached the popularity of other MMO games like Blizzard’s world-conquering World of Warcraft.

And now those curious to try Bethesda’s online role-playing game will have a chance to do so starting November 16, as the game will be free to play until November 20 on both the PS4 and PC. 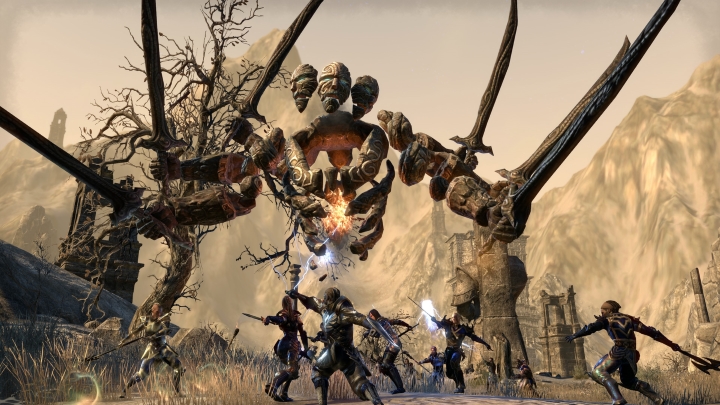 You can try The Elder Scrolls Online, minus the areas added in the game’s DLC packs, until November 20.

Additionally, players who get to try the game during the promotion period and meet other requirements specified on Bethesda’s website will take part in a contest to win one of five “Trips of a Lifetime”, with one of the destinations being the Swiss Alps as detailed on Blizzard’s official website. Also, players will be able to buy The Elder Scrolls Online at a discount price until the free offer expires on November 20.

What is clear though, is that this is a unique opportunity to get to know what the Elder Scrolls is all about for those yet to try the series, and to sample the epic role-playing that Bethesda’s games have become famous for over the years.

→
Next: Ranking the Final Fantasy games from best to worst