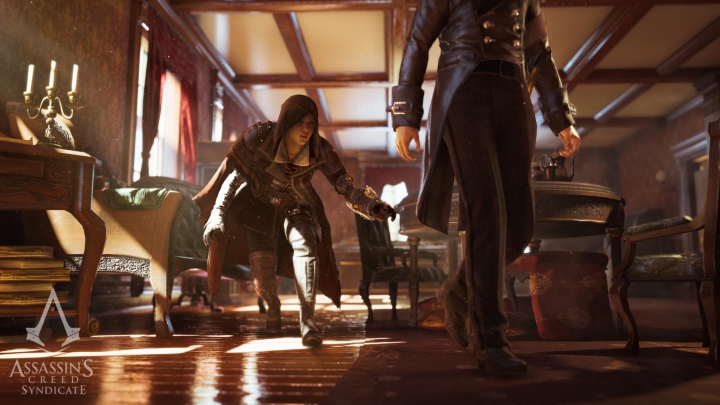 ADVERTISEMENT
Despite Assassin’s Creed Unity’s failings, one of the game’s gameplay innovations was the multiple approaches players could take when dealing with missions. For instance, it was possible to free prisoners in one mission to cause a distraction and take advantage of the confusion to reach the player’s assassination target. And the upcoming Assassin’s Creed Syndicate will also feature the same gameplay choices, as seen in the gameplay video below.

In Ubisoft’s video, protagonist Evie can take multiple approaches in her mission to assassinate a Templar known as Lucy Thorne. She can resort to deception and take advantage of the shadows (like a true assassin would). Using her chameleon ability (which is a unique ability of hers which her brother Jacob does not possess) she can get past patrolling Royal Guards and reach her target. She can also ally with a friendly Royal Guard who can escort her to the Templar Lucy Thorne (pretending she is a prisoner) and deal the killing blow when she is close enough… All in all, it seems that Evie’s new stealth ability plus the game’s open-ended missions will surely add to the Assassin’s Creed series’ gameplay.