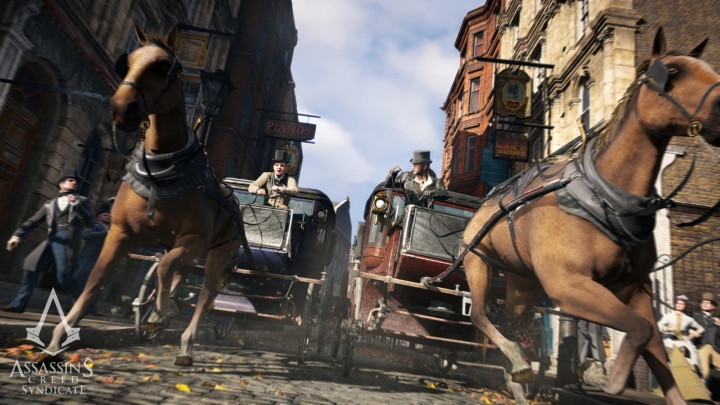 ADVERTISEMENT
It was to be expected, given the enormous success of a game like GTA V, that sooner or later the Assassin’s Creed series would allow players to hijack vehicles like in the Grand Theft Auto series. And this is one of Assassin’s Creed Syndicate’s gameplay innovations, as players will be allowed to hijack horse-drawn carriages in Victorian London by punching out the drivers and grabbing the reigns. And it seems that this won’t just be a tacked-on “extra”, but all of the game’s systems will be redesigned to fit this new GTA-style mechanic.

For instance, police officers will attempt to detain players they see hijacking vehicles, and scared pedestrians will get out of the way when they see speeding carriage drivers coming their way. And as reported on gaming website GameSpot, it will be possible to cause diversions by crashing into other carriages, and even fight enemies on top of them, which could make for some pretty exciting action sequences…