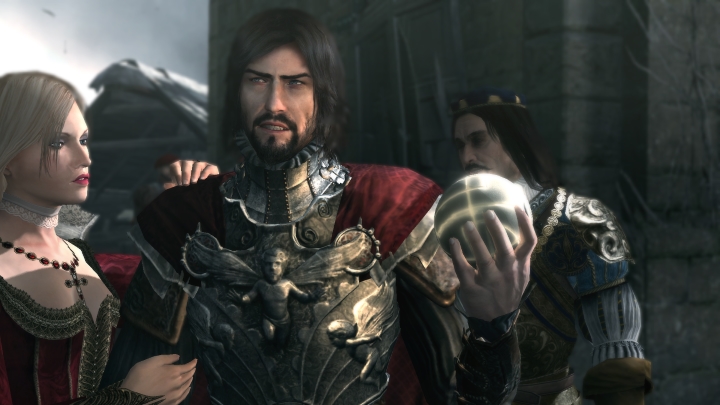 ADVERTISEMENT
Cesare Borgia is a character that appeared in Assassin’s Creed: Brotherhood, but he’s a real historical character as well, you know. As a matter of fact the Borgia family was widely feared throughout Renaissance Italy, and the prince Cesare was probably the most venomous of the lot.

In Brotherhood, Cesare is Ezio Auditore’s nemesis, and he wants to use the Apple of Eden (that mythical object from an ancient civilization) to take over the city of Rome. Luckily Ezio is man enough to thwart his plans, although early in the game Cesare gets the upper hand. The Borgia’s attack Ezio’s fortress while he is getting intimate with Catherina Sforza (talk about being interrupted at the wrong time), and he is unable to prevent Cesare from taking the coveted Apple. Later in the game Cesare proves that he is ruthless enough to act against his own family, the Pope Rodrigo and his sister Lucrezia, to achieve his vile goals.

And it is clear that while the Assassin’s Creed series has featured great villains, few have been as memorable as Cesare Borgia, a man able to give Ezio Auditore a run for his money.