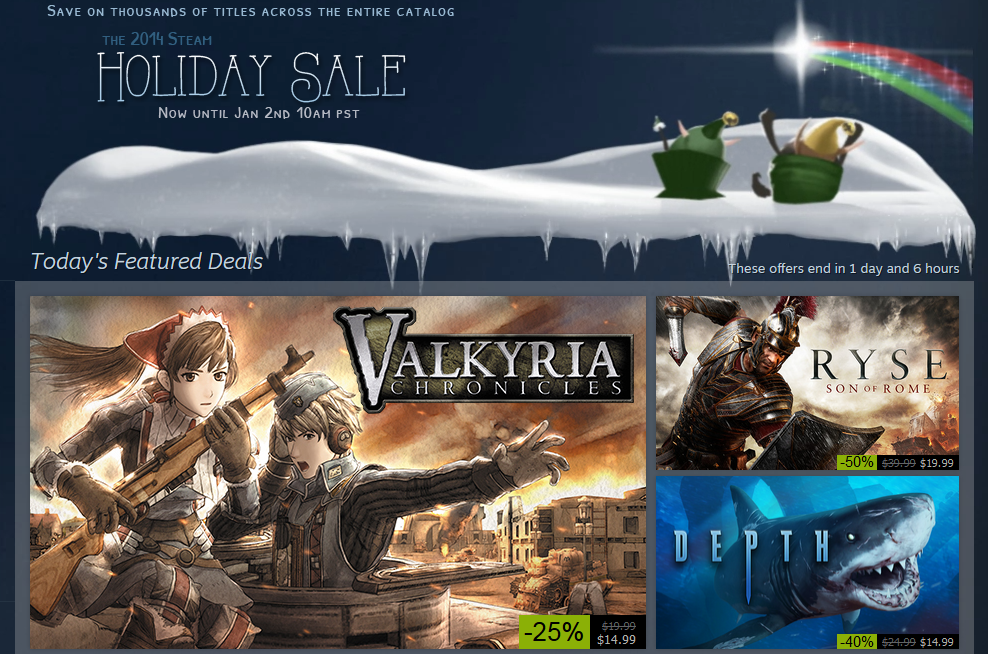 Apart from offering weekly discounts, there were 2 sales in the last quarter of 2014, and the Christmas sale. Steam ran the “Exploration sale” in November, which offered numerous discounts, and there was also another sale to honour some of the nominees of the Game Awards show. In that sale, games like Alien: Isolation, which had only been released recently, got a 50 % discount. With gamers being used to seeing games going for bargain prices so often, who is ever going to pay full price? Will developers be forced to compromise quality because they cannot turn out a big enough profit? And if you have to wait until a game is going for pennies to buy, is it really your cup of tea or are you just buying “to take part in the sale”?