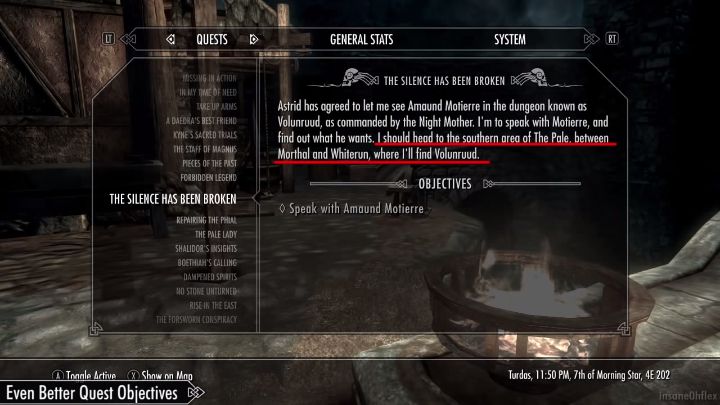 ADVERTISEMENT
After playing Skyrim for countless hours, some may have noticed that the quest descriptions are somewhat vague, not offering enough detail especially when one returns to the game after a long break and has to figure out what he or she was up to in a particular quest… This means most players will have likely relied mostly on Skyrim’s quest markers, a “GPS-like” system which points to the next location players have to visit in order to get on with the current quest.

But those not fond of the game’s quest markers and vague quest descriptions might want to take a look at this “Even Better Quest Objectives” mod, which makes these detailed enough so that you now know where you should be trekking to next without needing to have an eye on those goddamn quest markers all the time… This could help make the game more immersive, making this a mod a fine addition to the game for many players.