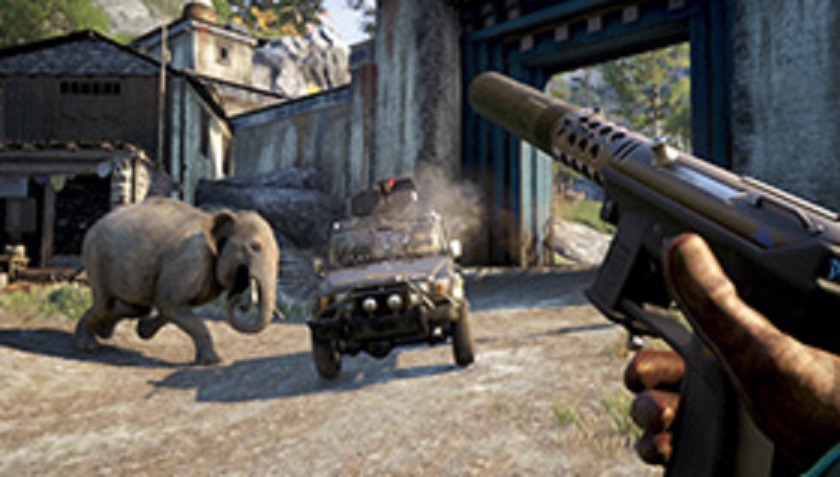 Revenge of the pachyderms… Elephants sure are a force to be reckoned with.

From the gameplay footage seen at E3, it appears Far Cry 4 will take animal cruelty to new heights. While in Far Cry 3 you could kill and skin all sorts of rare animals and even leopards, in Far Cry 4 elephants will be your new ally in the Himalayan country of Kyrat. Not only can you ride them to storm enemy bases, but they can also be baited to attack enemy soldiers. But then the poor animals will probably be taken down by gunfire or die in an explosion. Oh dear. Anyway, it is clear that using elephants in this manner will surely add to the fun in Far Cry 4, and it’s always great when the animal kingdom is fighting on your side.