Battlefield 1 by game creators DICE is without a doubt one of the most eagerly anticipated video games of the year, together with Activision’s upcoming Call of Duty: Infinite Warfare. But while Activision’s latest Call of Duty game has a sci-fi setting, DICE’s Battlefield 1 takes players back to World War I, in a move that’s been applauded by many.

And although Battlefield 1 will include a single player campaign with multiple scenarios and characters, which surely has been looking great in the preview videos we’ve seen so far, it is clear that the meat of the game will be in the multiplayer. And Swedish developer DICE is looking to please those looking forward to playing the game’s multiplayer modes, as the developer recently announced that Battlefield 1 will offer an innovative multiplayer experience with its “Operations mode”. 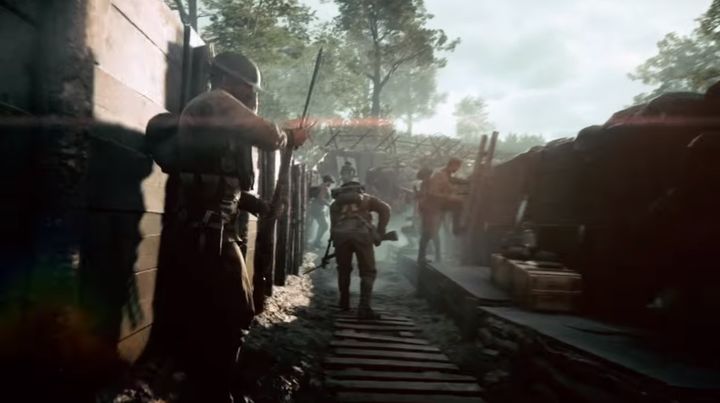 This multiplayer mode allows players to take part in matches across several maps, in a recreation of some of World War I’s most famous battles. So instead of quick matches that take place on a single map (although these will still be available), players will be able to take part in longer, more complex matches on several maps (actually players will be able to see the previous map they fought for on the horizon, making this multiplayer mode even more immersive).

On each map the attackers (which will be able to command a series of vehicles raging from tanks to biplanes) must beat the defending side (who can take control of artillery to defend a trench position, for instance), and when one side wins or loses the match will proceed to the next stage, which will take place on a different map.

It is clear then, that this Operations mode could add depth to Battlefield 1’s multiplayer gameplay and make matches more exciting. But since the game’s release date is just around the corner, we don’t have much longer to wait in order to find out whether DICE will deliver on its promises and Battlefield 1 ends up becoming this year’s top military shooter…

Note: Battlefield 1 will be released on October 21. Available on PS4, Xbox One and PC.