Back in 2007, CD Projekt Red released a game that many RPG fans welcomed with open arms.

The Witcher was a game based on the books of Polish author Andrzej Sapkowski, and set in a dark fantasy world. It was a nice alternative to the likes of The Elder Scrolls IV: Oblivion, and gamers liked The Witcher’s shades of grey morality and dark story, even if the game’s combat left a bit to be desired.

The original release of The Witcher also suffered from a questionable translation from the Polish original and quite a few bugs, something which was rectified in an enhanced edition of the game a year after.

Aside from being the first game in The Witcher trilogy, it also was CD Projekt Red’s first ever game, and late last month the studio took advantage of the original’s 15th anniversary to announce that a remake is in the works.

“The Witcher is where it all started for us, for CD PROJEKT RED. It was the first game we made, ever, and it was a big moment for us then. Going back to this place and remaking the game for the next generation of gamers to experience it feels just as big, if not bigger”, said studio head Adam Badowski in a press release.

The developers will be dumping their proprietary RED Engine (which was used in the last two Witcher games and Cyberpunk 2077) and instead will be using Unreal Engine 5, plus the same tools CD Projekt Red is cooking up for the new Witcher trilogy.

This will be a “modern reimagining” of the 2007 Witcher game, and will be mainly developed by Polish studio Fool’s Theory in collaboration with CD Projekt Red.

Fool’s Theory includes former The Witcher 2 and The Witcher 3 developers amongst its ranks, so it seems like a good choice to handle this remake. 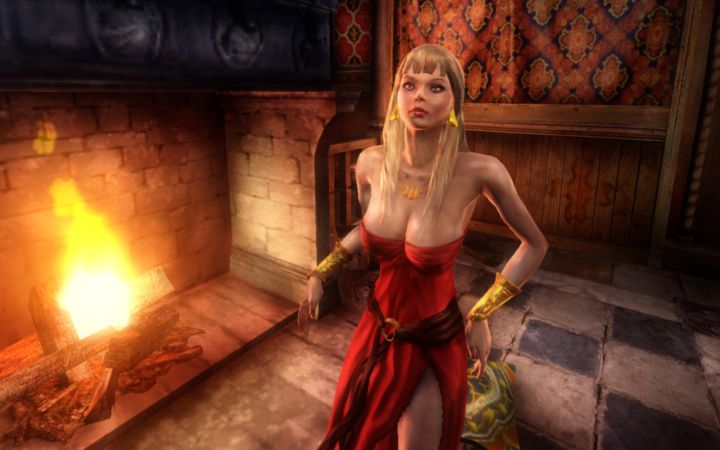 Will the Witcher’s collectable sex cards feature in the remake?

You see, in the original game players would receive a “sex card” whenever protagonist Geralt ended up having sex with a woman. The thing is the American ratings boards for video games found these to be too explicit, forcing CD Projekt Red to censor these before the game’s release.

It remains to be seen whether these will be included in the remake, or if the game’s story will be rewritten in some form to make it less sexist than the original was. Although this may annoy fans of the original who’d like to see the infamous sex cards present in the remake too…

Either way, it’s clear that The Witcher remake will be one of the most popular games of whatever year it is released in, so it would be great if we heard more from CD Projekt Red about the game in the days to come.

→
Next: Hideo Kojima talks about the ‘Abandoned’ conspiracy for the first time